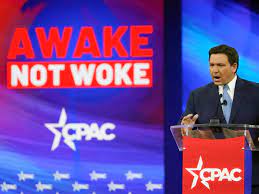 News from this week suggest how a federal appeals court has upheld a particular ruling that blocked a controversial Florida law. This law mainly targeted to prohibit some social media sites from banning political candidates or ‘journalistic enterprises’ from its services, which has now been blocked. The first of its kind, this law was passed by the state legislature in 2021, and was largely viewed as an answer to a perceived form of censorship of conservative media and politics.

In a statement, Steve DelBianco, president of NetChoice said how everyone is rather delighted the platforms can ‘remain family-friendly’ through the delay of the law going into effect. The law, Stop Social Media Censorship Act, was proposed last year in January by Governor Ron DeSantis. This was right after former President Donald Trump was banned from various social media platforms following the attack on the US Capitol.

In May 2022, the United States Court of Appeals for the 11th Circuit  upheld the ruling. They stated how most of this law was rather ‘substancially likely’ to be in violation of the First Amendment rights of the platforms. However, some of parts of law were permitted to stand such as enabling banned users to access their data for a minimum of 60 days, and requiring platforms to draw out the reasons for suspending a particular account.

The Act easily passed both Florida’s Republican-majority House and Senate, which Gov. DeSantis signed into law about a year ago. The law would hold the power to fine social media sites $250,000 every day for banning entities for statewide office. Along with it, $25,000 for candidates for lower office, enabling the state and individuals to sue sites if they ever sensed a violation of the law.

Additionally, any content connected to a candidate could not be ‘shadow banned’ or suppressed by the sites from users. However, the law would only apply to platforms that did business or had users in Florida, holding a revenue of $100 million annually, or a minimum of 100 million active users a month globally. For long, experts believed that this Florida law was on rather shaky legal ground. Industry groups representing affect tech giants sued the state to overturn it following DeSantis signing it citing violation of their First and 14th Amendment rights.

Federal judge Robert Hinkle granted a preliminary injunction to plaintiffs after they requested it. Moreover, he stated that the law evidently was in violation of Section 230, which the plaintiffs were delighted at. Currently. the Supreme Curt is considering whether to block an identical state law in Texas.