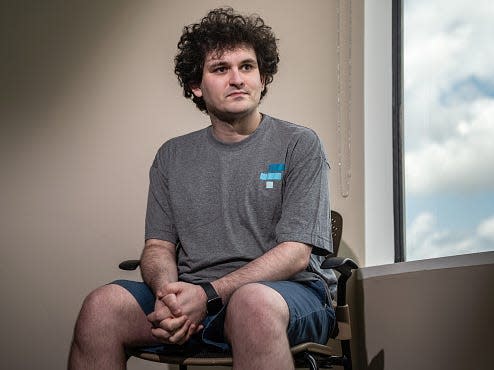 The Former CEO of FTX Sam Bankman who is an MIT graduate student has mentioned in his recent statements that he just mis-accounted his calculations while working on the humongous $8 billion funds he was handling into a bankrupt cryptocurrency exchange platform FTX. This public statement by Sam Bankman shows that maths was not his strength during his graduation from MIT while studying in the US.

Sam Bankman who is an alumnus of the vaunted university along with MIT explains that these $8 billion funds shortfall in the balance sheet and the budget during the monetary crunch situation at the FTX was not effectively handled by Sam Beckman which led to the bankruptcy of the cryptocurrency platform FTX. Bankman further mentioned that he just simply mis accounted for the cash available at the FTX platform while undergoing this monetary consideration with FTX.

What did Sam Bankman say in his recent interview?

In a recent interview with Bloomberg, Bankman was scrambling to explain what exactly happened with the FTX platform which led to its collapse in just 72 hours of funds requests at FTX platforms. Sam Bankman was having this interview online with Bloomberg from his luxury Penthouse in the Bahamas. Further in the interview, Sam Bankman was not able to explain a spreadsheet number posted recently by the crypto bros in the public domain and his approach towards investors while his recent investment rounds or the bailout packages at FTX and its company Alameda research.

In the Bloomberg interview, Bankamn showcased the spreadsheet made by him, and the investor’s funds were added into the different sections like what I thought, were liquid funds, etc. Bankman plotted approximately $8.9 billion in the section of “what I thought” against the $28 billion asset of the company. In the next section of liquid assets, Bankman had plotted $8 billion as per his calculation.

A reporter asked what happened to the $8 billion which are which was treated as liquid assets with the FTX platform then Bankman replied firstly that he had just miss placed these funds. When the reported further asked for a detailed evaluation of this misplacing then Sam Bankamn responded that he just miss accounted for this $8 billion on the FTX platform.

Sam Bankman who graduated with a minor in maths from MIT along with a bachelor’s degree in physics has reverted such answers in his recent Bloomberg interview. In the subsequent interview, Sam Bankman was not again able to explain what exactly happened to these $8 billion funds mentioned in the old balance sheets of the FTX platform.