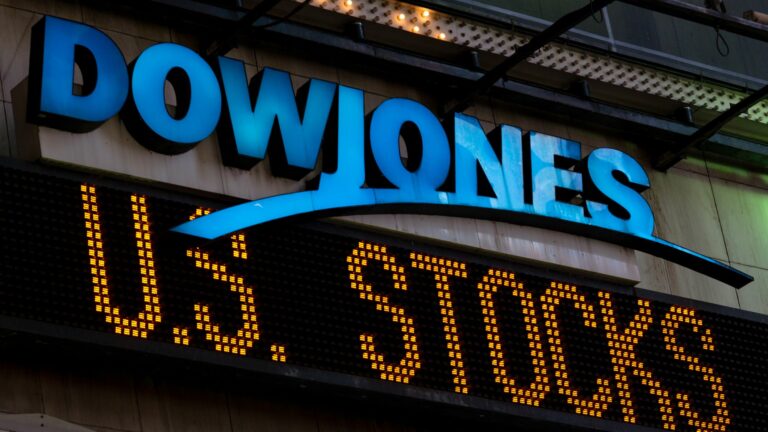 The S&P 500 and Nasdaq Composite jumped Friday to finish their best week of the year, as continued strength in earnings reports extended the tech-led rebound from the January rout.

The January jobs report will surely have a big impact on Dow futures and Treasury yields.

Besides Meta, which fell 26.7%, Amazon was down 7.7% ahead of its earnings release set for after the close.

The dramatic sell-off is the latest to confront a big tech firm after a similar liquidation of Netflix shares last month. Other tech giants such as Apple and Google parent Alphabet have rallied after results.

All three major indices were decisively negative about 45 minutes before the close, threatening a four-day winning streak.

The sharp drop in Meta Platforms, as well as that of Netflix after its earnings last month. It could signal weakness under the surface and have bearish implications for the market, according to Adam Sarhan, CEO of 50 Park Investments.

“Some of the megacap tech stocks are trading almost like penny stocks. That is a massive shift under the surface from an overtly bullish market, to a market that could be topping and or the beginning of a bearish phase on Wall Street,” he said.