FuelCell Energy (FCEL) Reported its Q4 Earnings On a per-share basis, the Danbury, Connecticut-based company said it had a loss of 7 cents.

The results missed Wall Street expectations. The average estimate of five analysts surveyed by Zacks Investment Research was for a loss of 2 cents per share. 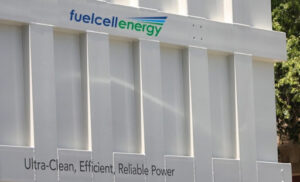 “We are expecting orders for at least 20 replacement modules in calendar year 2022 to service existing installations in South Korea,” Few said on the company’s earnings call. “The total value of these orders represents roughly 86% of our 2022 revenue.

We are optimistic that we will see meaningful revenues from product sales from Korea on a going forward basis.”

The chief executive also said FuelCell Energy is looking forward to creating opportunities in other Asian markets as well as select countries in Europe, the Middle East, and Africa where it is prioritizing product sales.

POSCO received the right to service its existing installed POSCO customer base but was given no other rights to FuelCell Energy technology in South Korea or broader Asian markets.

Factors to be Noted:

Its fiscal fourth-quarter earnings are expected to have gained from the increasing adoption of the fuel cell technology and proper execution of projects.

During the quarter, FuelCell Energy signed an agreement with ExxonMobil to extend its ongoing collaboration on fuel cell technology by six months.

The company is likely to have benefited from lower capital servicing costs in the fiscal fourth quarter as FuelCell Energy reduced outstanding long-term debt during the first nine months of fiscal 2021.

Earlier in the year, FuelCell Energy announced that it had advanced through commissioning at the US Navy submarine base in Groton, Connecticut, and the company’s 7.4-megawatt power platform in Yaphank, New York.

Shares of FuelCell Energy Inc. FCEL, (-6.83%)  fell 5.1% to a 13-month low in pre-market trading on Wednesday, after the fuel cell technology company reported a larger-than-expected tax loss in the fourth quarter as revenues fell surprisingly.

FUELCELL ENERGY, INC.
Consolidated Statements of Operations and Comprehensive Loss
(Unaudited)
(Amounts in thousands, except share and per share amounts)