Funding Ain’t Everything, Would You Still Startup?

For so many entrepreneurs, funding = success.

They believe that all of their fortunes would change if only investors would put in ‘X’ amount in the business. How I wish that were true. Unfortunately, even funding – large amounts of it does not ensure success and people need to understand that. Post getting the money you’re not rich, just better equipped to run a business (hopefully).

In the following graph, we’ve provided the reach of 3 companies in the news media space vis-à-vis each other. 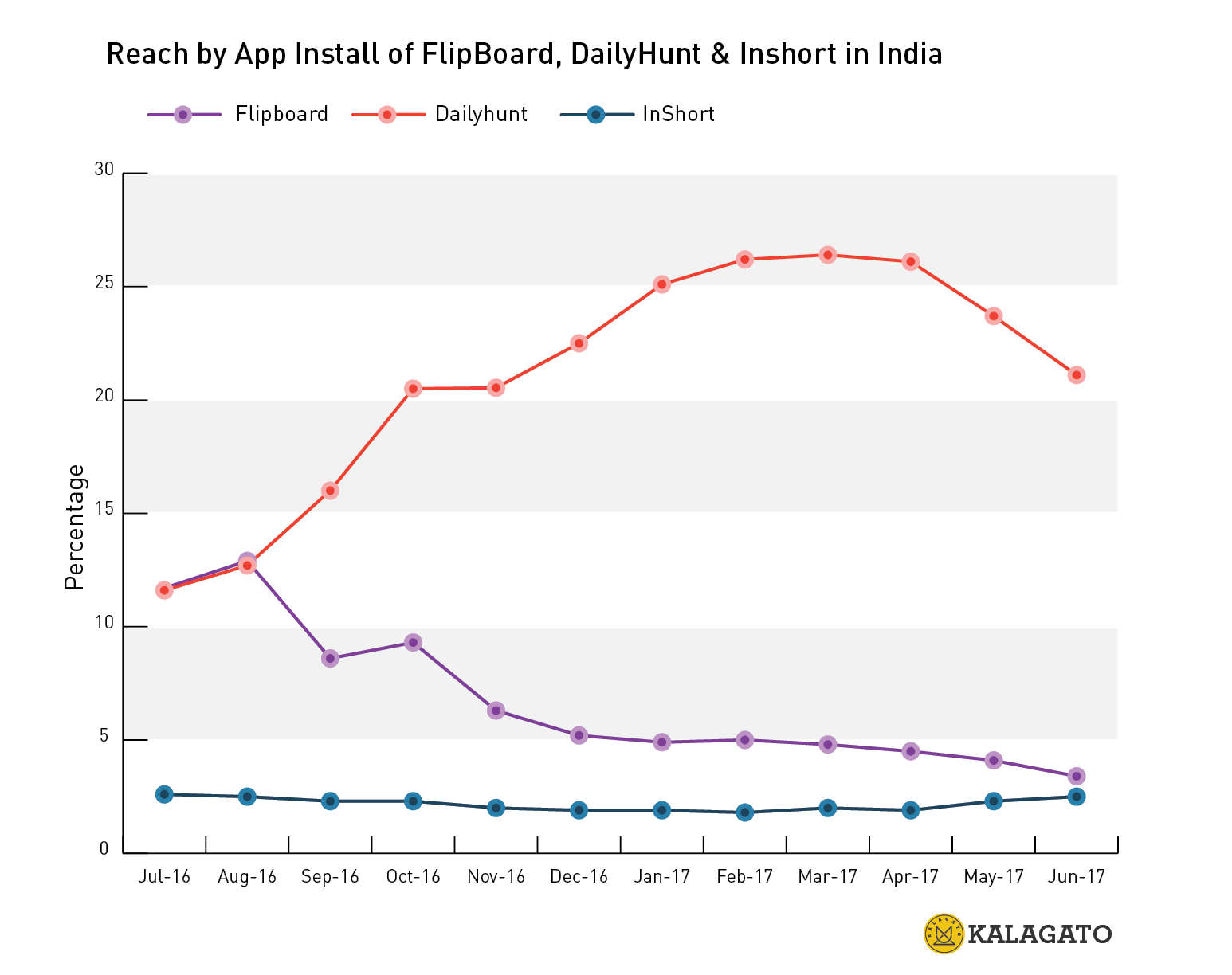 FlipBoard, another news and media company based out of Palo Alto raised more than $200 million. Its market share by app installs in India is hitting rock bottom, despite coming preinstalled in many Android phones.

Presumably, much of FlipBoard’s budget would have been allocated to other markets and DailyHunt is focused only on India. But it worth noting that both companies started out at nearly the same base, FlipBoard in fact enjoyed a higher reach. Which in media – matters.

Also Read: 4 Big Startup Failures And What To Learn From Them

Inshorts, another company in the same space is one of the smallest despite $20 million in funding. In the media space, unlike e-commerce – app installs are not just leading indicators but a rather accurate reflection of real performance.

So with all the right ingredients in place – why did FlipBoard’s Reach fall or why does Inshorts not have a larger presence? They had the money, and clearly, they are very clever people.

Product market fit is difficult to find and for each market/country/geography, it looks different. FlipBoard’s falling reach may be indicative of the fact that a one size fits all approach cannot work and InShorts inability to grow larger may be symptomatic of the fact that not everyone is in a hurry.

A similar story is playing out in the grocery space. 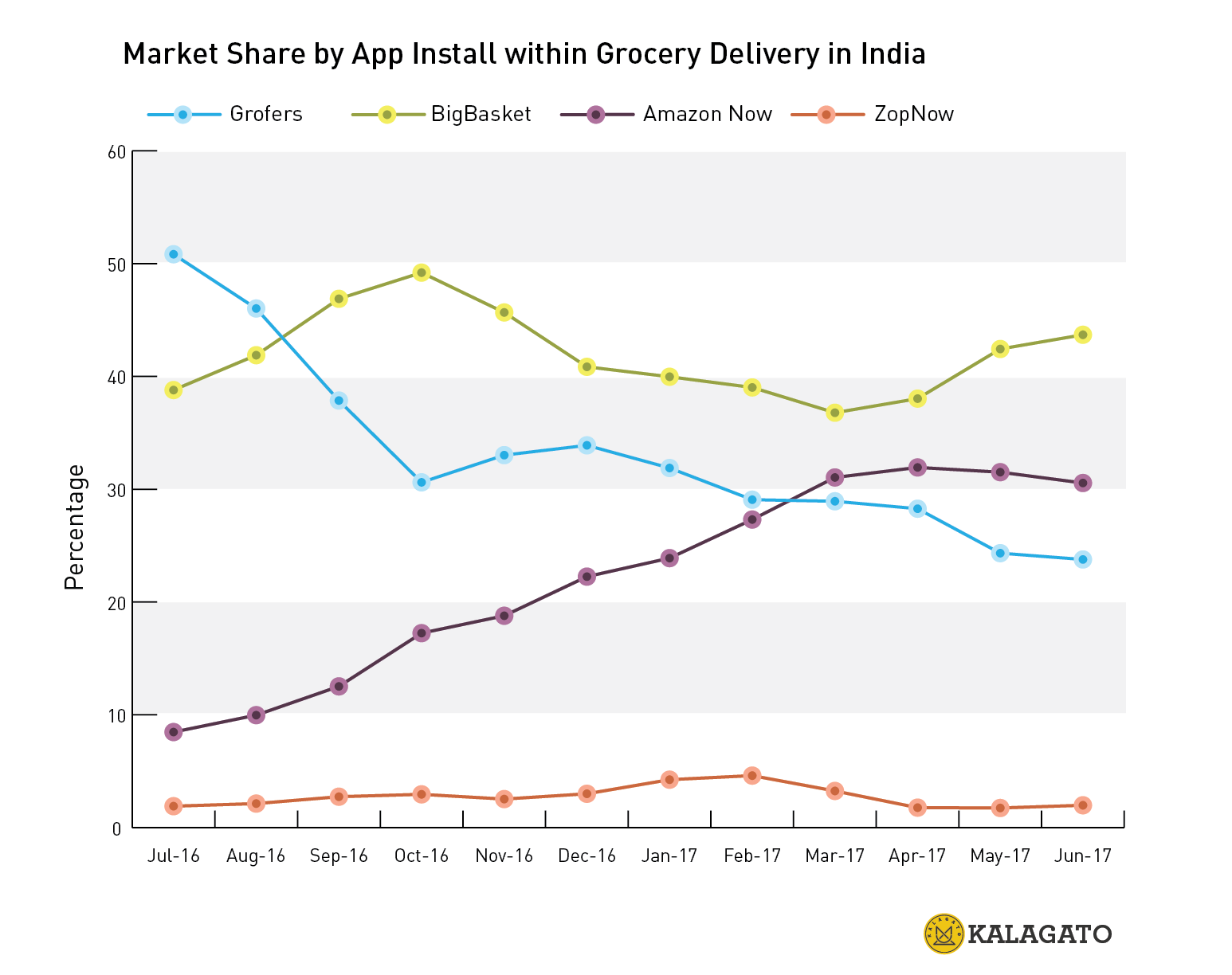 Despite being one of the most chronicled and well-funded companies in the Indian venture space – the market share (by app installs) of Grofers has witnessed a fall of more than half over the period of 1 year.

Also Read: Everything You Wanted To Know About India’s Largest Online Supermarket – Bigbasket.com!

I’m not trying to put any one down here. If anything, I have a great respect for people who go out there, marshal resources and capital, get people to follow their vision and most importantly –build their vision of the future in the real world.

But given that funding ≠success, what should an entrepreneur do?

Firstly, I think it’s important to accept that a lot of us were glory hounds who wanted to get in to venture for the perceived glamor of building a tech company. Few people looked at it as a way to run their households and most relied on VC money to fund their businesses, salaries, and lifestyles.

There are many businesses with fewer moving parts and lesser complexity that don’t involve venture capital or the mobile phone which are equally worth pursuing. Good businesses can be built without needing to rely on vast amounts of external funding.

Also Read: Entrepreneurs, Will Your Startup Grow In A Profitably Scalable Manner?

Which begs the question, what is a good business? Is it one with a high valuation and no revenues or one with good revenues, margins and no one interested in valuing it?

In my opinion: the moment you choose to move away from this fallacy of glory – you will find a new clarity in thinking.

Most things can be tested. In the online and offline world, most ideas can be tested on a relatively small budget. Maybe before quitting your job and going for broke – you ought to do this. See on a very small budget and scale – if the idea works. If I had to build an ice cream company for example – I would try to sell through one restaurant before ‘tom-tomming’ to the world that I am building a brand.

Despite popular belief, traditional businesses get funded. The people funding these businesses may not have fancy business degrees but they do have money and they understand the real world. They aren’t driven by valuation but the desire to turn a profit (remember that).

In the digital world, we are increasingly looking at a world of binary outcomes – of winners and losers or rather one winner and multiple losers. So if you are an entrepreneur, would you choose to fight where you enjoy higher odds of success or should you choose to go for winner take all markets?

These are personal choices, I know that. I am just trying to highlight the nature of the beast.

(Disclaimer: This post was originally published by Ashish Kapoor, Chief Analyst at Kalagato and has been reproduced with permission. Techstory is not responsible or liable for any content in this article.)