Gainers and losers at the Dalal Street Among the sectors, the FMCG index ended in the green, while selling was seen in PSU banks, IT and metal names. 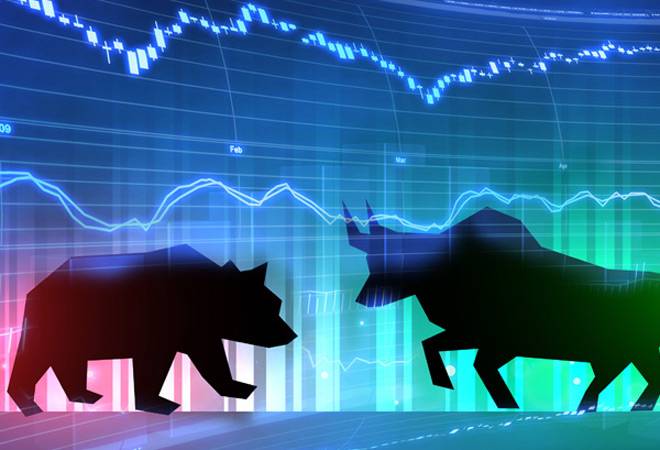 Domestic markets continued to decline on Friday with benchmark indices testing crucial support during the session. Fears of inflation and geopolitical tensions were behind investors’ worries. Further, ongoing selling by FIIs and the weak Indian rupee added to their worries.

Let’s have a look at the biggest movers and shakers of Friday’s session:

Supriya Lifescience: The recently listed pharmaceuticals player tanked 18 per cent to Rs 465.80 on the back of profit booking following a strong performance in the December 2021 quarter. Its net profit rose 152.65 per cent YoY to Rs 39.64 crore in Q3FY22.

Zomato: This recent debutant dropped 9 per cent to Rs 113.75 amid valuation concerns and the company’s loss-making nature. The scrip has lost 17 per cent in the last four sessions and even breached its listing price.

113.75 amid valuation concerns and the company’s loss-making nature. The scrip has lost 17 per cent in the last four sessions and even breached its listing price.

Kesoram Industries: The smallcap cement player dropped 9 per cent to Rs 69.25 on the back of profit booking in the counter following a sharp 31 per cent rise in the scrip in the last month.

IFB Agro Industries: The breweries and distilleries player plunged 9 per cent to Rs 787.15 as the company is likely to invest Rs 40 crore in promoter group company IFB Refrigeration in one or more tranches, said media reports.

RateGain Travel Technologies: The recently listed SaaS player declined 7 per cent to Rs 431.55 amid profit booking on concerns over high valuations of recently listed stocks. The scrip had jumped about 40 per cent in January so far.

Tata Elxsi: Shares of the design firm surged 14 per cent during the week after the company reported stellar numbers for the December quarter. The company mainly serves automakers and the stock has seen a stellar run as electric vehicles are gradually becoming mainstream.

Hero Moto: The motorcycle manufacturer rose 7 per cent after its board approved raising stake in Ather Energy. A startup that makes electric scooters and bikes. It already held a significant stake in the startup.

Hindustan Unilever: The share price jumped 3 percent after the FMCG major reported a 16.8 percent on-year rise in net profit at Rs 2,243 crore for the quarter ended December 2021 in line with analysts’ expectations of Rs 2,242.7 crore.
The soap-to-shampoo conglomerate saw its revenue from operations grow 10.4 percent on-year to Rs 13,092 crore for the reported quarter. Which was a tad above the street’s estimate of Rs 12,995 crore. Credit Suisse maintained an “outperform” call with a target at Rs 2,800. Jefferies has kept a “buy” call on the stock, with the target at Rs 2,900 a share.
Persistent Systems: The stock ended in the green after the company posted a 45.87 percent jump in its net profit at Rs 176.39 crore for the quarter ended last December as against Rs 120.92 crore in the year-ago period. The Q3FY21 consolidated revenue was up 38.71 percent at Rs 1,491.71 crore against Rs 1,075.39 crore, YoY.