Cryptocurrency is an industry that has made quite a name for itself over the past couple of years and I believe it will keep booming in the future as well. Cryptocurrency is nothing but just a virtual asset that can be stored in digital wallets and can be spent for the purchase of goods and services over the web. I think that today, almost all of us are very well familiar with the working of the industry and some of you might already be investing in it but, I believe that it is essential for me to give you a brief about crypto before starting on with today’s topic.

Cryptocurrency is something that makes use of blockchain technology to operate and is undoubtedly secure, all thanks to something commonly known as cryptography. Not to mention that the industry is completely decentralized which means that it can easily step outside the control of the government and other central authorities.

Users can also use crypto for the purpose of exchange and trade over several cryptocurrency exchanges available in the marketplace. crypto is somewhat considered as an investment or a source of passive income for some people.

As some of you who have been following the crypto industry from its initial phase when it was first introduced, you would agree with me on the fact that there were not many currencies available at that time and thus not many people were interested to lock up their money in something that they didn’t know anything about apart from the word of mouth that was being spread.

Currently, the industry has flourished on a global level and has managed to gain the attention of many potential investors including some huge business tycoons and people with celebrity status like Elon Musk. Seeing it gain support and its growth in popularity, people were intrigued to invest and that’s how it has been going so far and will probably continue this way in the future as well.

As per global crypto experts, it is said to be the future of payment systems all around the globe and the industry can already be seen progressing towards that goal. To back up this fact, let me tell you that a Mcdonalds’ in Ell Salvatore has started accepting cryptocurrency as an official mode of payment from its customers, Bitcoin to be precise and that’s how it confirms that these assumptions are not entirely weightless.

Talking of a lot of currencies available today, some of the popular currencies include Bitcoin, Binance Coin, Ethereum, Cardano, Dogecoin, SHIBA INU and a lot more coming up each passing day. But today with us we have something known as Gala Games. To know more, I suggest you read further.

Everything to know about Gala Games(GALA) 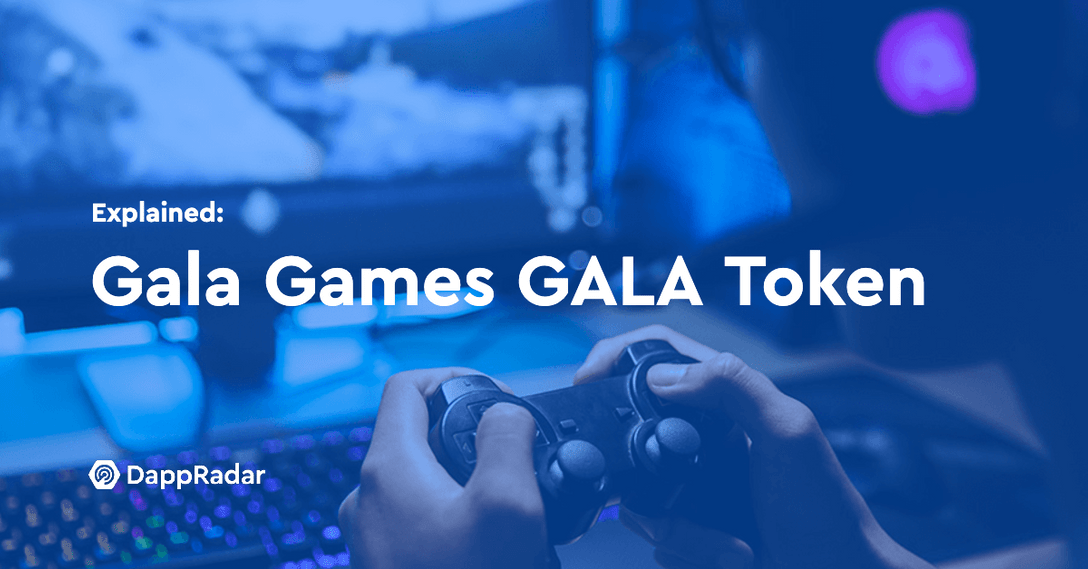 Founded by Eric Schiermeyer back on July 21, 2019, Gala Games is a gaming platform that is combined with Non-Fungible Tokens(NFT) with an aim to develop an ecosystem of blockchain games that enables players to trade and own game items with anyone on a global level and at any time of course.

In other words, Gala games focus on taking the entire gaming industry in a completely different direction altogether by giving players control back over their game. As per the platform’s website, the mission of Gala Games is to make “blockchain games you’ll actually want to play.”

Basically, Gala Games want to make a change in the community regarding the fact that players are able to spend hundreds of dollars on gaming assets and those countless hours that they spend playing the game, which can then be taken away with just a push of a button. Therefore, the project wants to provide players with control of the games as well as the in-game assets while reintroducing the entire concept of creative thinking into the games, all with the help of blockchain technology.

Also, GALA is known to be the native utility token of the platform which has several uses including network governance, node operator incentives, in-game rewards for players being a part of the games available on the platform, it can also be used as an in-game currency in order to purchase NFTs and items in the Gala store.

Talking about NFTs, you must be thinking that what role do NFTs play in the entire process? Basically, players can own non-fungible tokens (NFTs) and will be able to influence the governance of the games within the ecosystem of the Gala Games. The Nodes voting mechanism introduced by the founder of the platform enables players on the platform to influence as to what games should get the funding as well as what games should the platform focus on developing. 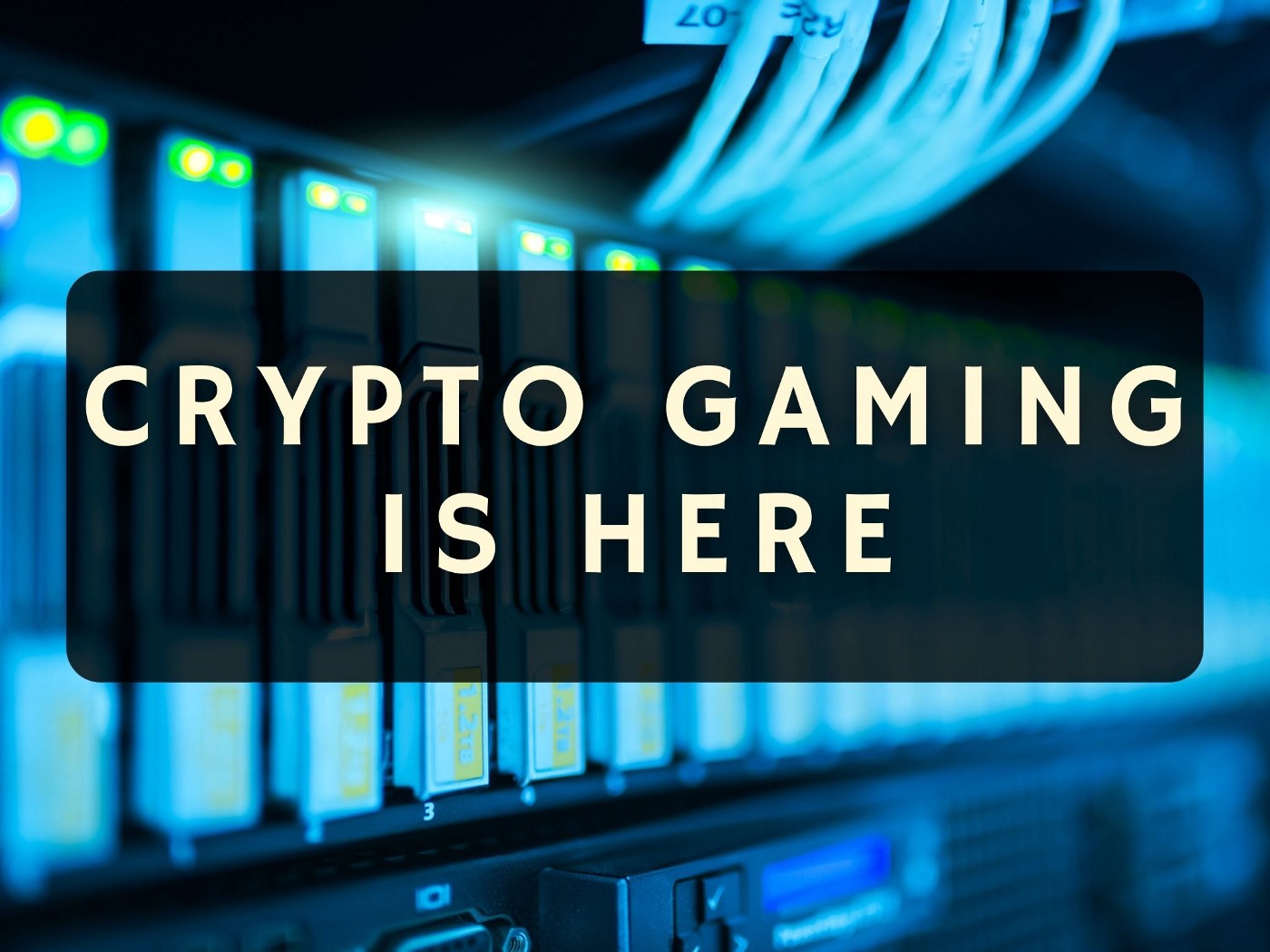 Play to earn gaming as well as NFTs are two of the most hottest trends in the cryptocurrency marketplace as of now because of the fact that each presents new avenues for attracting new users and the special characters of each category allow players to generate income rather than having to do expenditure in order to become a part of the community.

Coming back to the topic, Gala Games being a blockchain-focused gaming platform enables its users to make use of their unique NFT characters while in the game and seeing its potential and the project making significant gains, Binance too has announced its plans to list the GALA Token on its platform.

Besides just purchasing non-fungible tokens for specific games, as mentioned previously, Gala Games are also able to utilize its very own utility token as well. Talking about the games available on the platform, it is worth mentioning that so far Gala Games has been able to introduce just one playable game known as Town Star along with a series of NFT collectibles, VOX while planning on releasing many more games in the coming future including an RPG game, a tower defense game, as well as a sci-fi strategy game.

Since the platform was first introduced back in the 2019 model year, Gala Games has grown to over 1.3 million active users on a monthly basis and nearly 26000 NFTs have already been sold, with the most costly piece priced at three million dollars. Not to mention, as of today the Gala Games team comprises of sixty employees.

The Binance listing that we talked about earlier has really given the Gala Project a kickstart and it can be seen gradually building momentum for a few months now as the NFT sector is also booming! On August 11 this year, Gala Games successfully managed to complete the first sale of VOX, which is the main NFT offering of the platform and was sold in less than eight minutes that too with high gas prices and network congestion.

With these latest moves of providing an update for the Town Star game as well as announcing details in regards to Spidertanks, GALA could be attempting to follow the path laid out by some other successful play-to-earn gaming platforms like Axie Infinity. 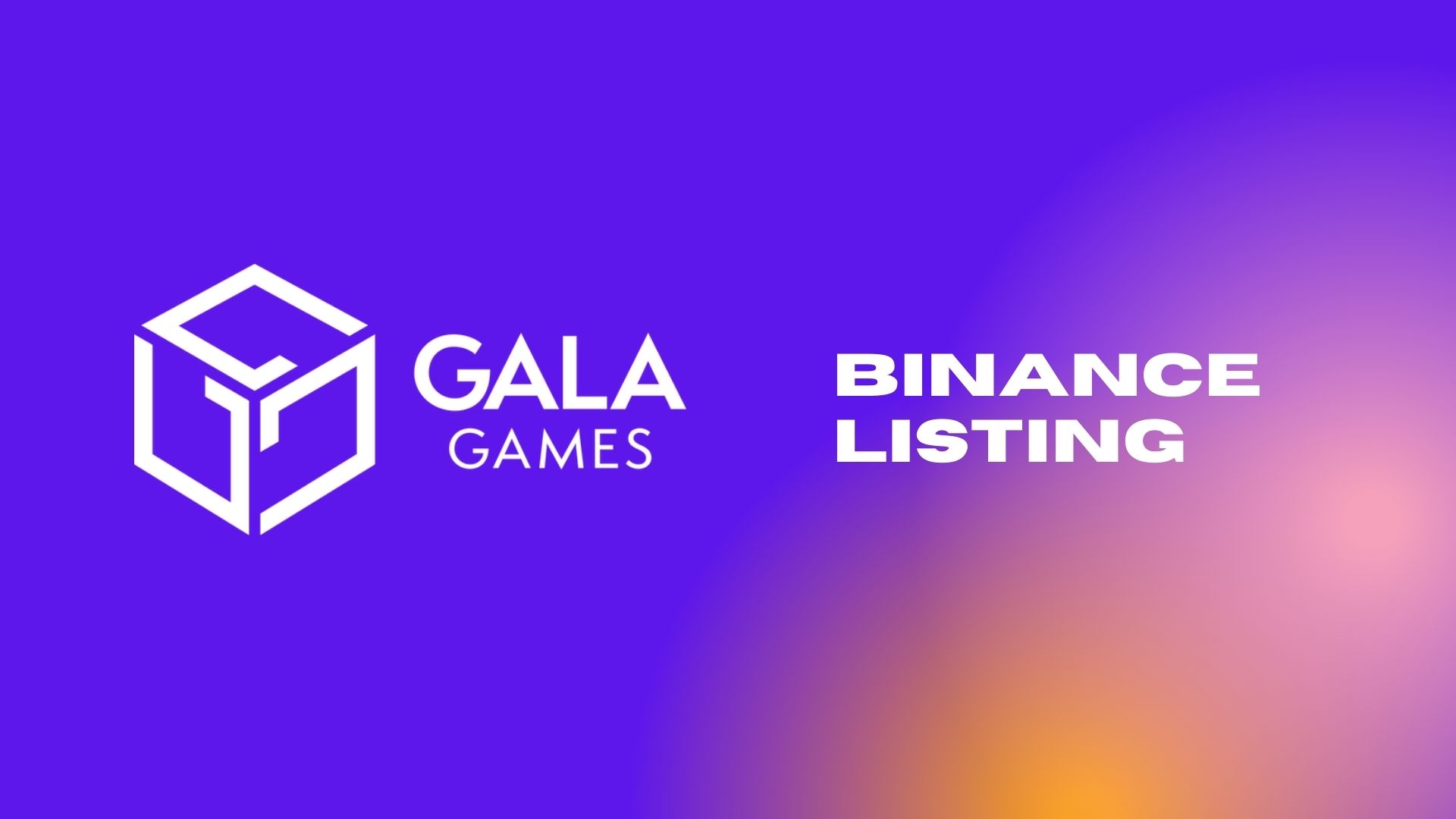 Unlike others, Gala Games is not just a single game but rather is a collection of several blockchain games which put fun first and blockchain in the background. Town Star that we talked about earlier is currently the only playable game on the Gala Game platform and the best part being, it can be played in a browser.

In the game, the players actually manage and own the town, which indeed gives a much better and realistic experience. VOX on the other hand is a set of NFT avatars on Gala games. Also, it is worth mentioning that each VOX is unique and different from all the others and some are even rare. Also, when VOX was first introduced, it managed to distribute nearly 8,888 VOX for an average price being 0.888 ETH which is equivalent to about 280 dollars today. 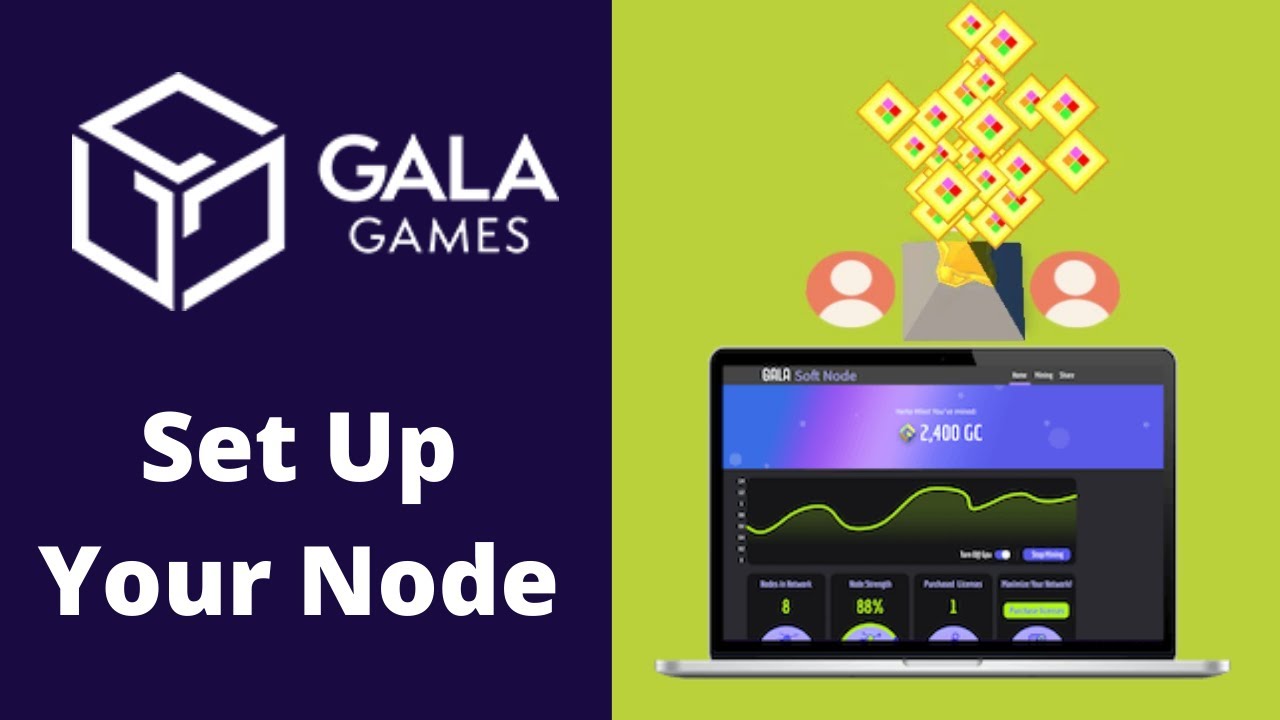 Also, a major factor when it comes to game development is the feedback from the community. Gala Games is known to regularly interact and try out new assumptions over Discord with their community, thus allowing players to shape the design and direction of the games. Apart from that, users on the platform can also run Gala Nodes, which is known to support the Gala network and in return, the users receive rewards such as limited edition NFTs, GALA, and many other opportunities as well.

The Gala Node ecosystem consists of something known as a triple-proof node system comprising of Proof-of-Work(PoW), Proof-of-Storage as well as Proof-of-Stake(PoS). PoW is referred to as Founder Nodes, which are tier-1 Nodes that are based on nearly fifty thousand fully-owned NFTs. These consist of early supports of the project which will be receiving NFTs from all games and GALA will be allocated to their node license as well.

Whereas, PoS is paid nodes, known to operate for particular games with the help of smart contract ‘rental’ design layout. And lastly, what makes Gala nodes even special are Proof-of-Storage are free nodes that are known to allow the games to be entirely hosted on the node ecosystem, thus removing reliance of games from centralized hosting solutions such as Amazon S3. 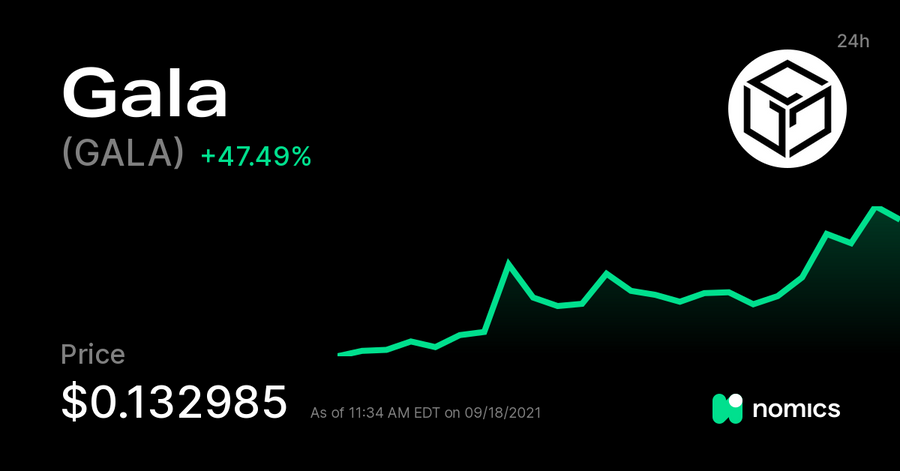 Today, the current circulating supply of GALA is about 6,977,205,436 GALA coins but, unfortunately, the maximum lifetime supply of the currency is not yet available. In just a week alone, the price of the currency has gone uphill by about 443.02 percent.

As far as investing in the GALA goes, I believe that reading so far, you might have already gotten a fair understanding of what GALA is and you should be able to decide on your own whether or not investing in GALA is the right thing for you to do.

I certainly believe that Gala Games or GALA can prove to be a worthy investment, seeing what it has to offer and its future plans for our players. I think that if not now then in the coming times for sure, GALA can provide you with good returns considering the surge in its value in the past week alone.

If you are wondering, where can you buy GALA? Let me help you with that. Today, GALA is majorly listed on all common cryptocurrency exchanges but some of the popular exchanges that have GALA listed on them include Binance, ZT, Mandala Exchange, KuCoin as well as Gate.io, to name just a few.

In conclusion, What are your thoughts on Gala Games? Do let us know in the comments below. To know more about various cryptocurrencies, do check out other articles we have on our website. Thank you for your time & if you found our content informative, do share it with your investor friends!