Many Gamestop investors made thousands and even millions of dollars recently. And now they are giving a part for charity. Reddit users that have made a lot of money by trading the share are now donating Nintendo switches to Children hospitals. This move sparked a lot of positivity in the Reddit community. And it is also a tight reply to the insane move by Robinhood that blocked the trading of the share and only cared for money.

If you still don’t know what happened to Gamestop, it’s an interesting story. And I am sure you would have been off social media for some time because the topic has been trending everywhere. Well happened was the Redditors found out that big US hedge funds have shorted the GameStop stock significantly. And it was actually so much that if they start buying the shares, it will immensely increase its price. From a mere price of $35, the shares increased to over $450 in just 2 weeks.

But it doesn’t end here. After this happened, hedge funds were going dry, and hence Robinhood decided to manipulate the market. No matter what they say, they did. (I firmly believe SEC should take strict action against them). The broker decided to block the purchasing of the share and allowed users to only sell or hold. This led to a sharp downfall of the prices. And the company also received a lot of backlash due to the same.

But after this, the price of the Gamestop shares didn’t fall back completely. This is because the GameStop investors or Reddit users decided to hold the shares until buying option is open again. There are some users that have millions invested in the share and might lose all of it. Still, the fact that billionaires are just trying to manipulate the market made them stick to the share and not sell. 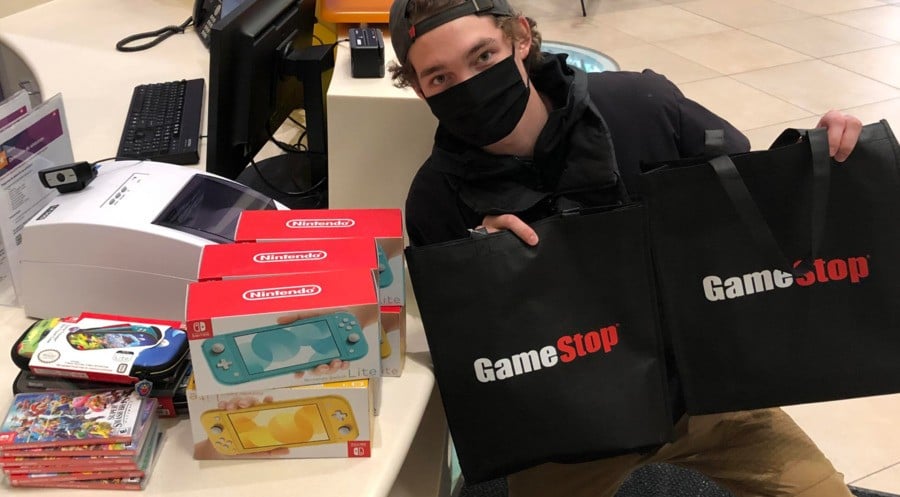 Gamestop investors made it their lives job to drain the hedge funds till their last penny. And this makes sense, they made a risky decision, and it went sideways. At the same time, these investors are also helping children’s in hospitals by donating gaming consoles. A user in Reddit said that they are not like the billionaires in Wallstreet; they know how suffering is and how to give back to society. I am sure this move by some investors has melted even your heart. And it is really a generous use of the money they are making from GameStop.

What are your thoughts on investors donating Nintendo switches to hospitals? Do let us know in the comments below. Also, if you found our content informative, do like and share it with your friends.