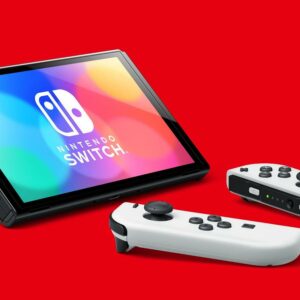 Twitter is buzzing with excitement and anticipation as Nintendo announced the release date of the much-awaited Nintendo Switch Pro. Rumors and speculations have been in the air concerning the potential release which expected to happen before E3. Fans had lowered their expectations and were resolved to wait till 2022 for the Nintendo Switch Pro when all of a sudden the company announced the release date. The Nintendo Switch Pro console which will go by the name “Nintendo Switch OLED Model” will hit the markets on October 8, 2021. There are only a few months to go and the fans are already surging with excitement waiting to get their hands on the latest addition to the gaming arsenal.

The Much Awaited News

Ever since the rumors began making their rounds about a potential Switch Pro console being developed by Nintendo, fans had begun speculating on the probable features and upgrades that will come with the all-new console. Among the major guesses was the probability of the Switch Pro being a crossing over to a new horizon from the chain of the old consoles. However, it seems like the Nintendo Switch OLED Model will be a building upon the existing models. That does not mean that the excitement is any less. The sudden announcement of the release date alone has created enough buzz among the gaming community which is well echoed across the walls of Twitter. Here is the announcement trailer.

The Nintendo Switch Pro offers a set of upgrades that are worth looking forward to. The latest model will also be priced higher than the existing ones at $349.99. Perhaps after the release, fans can decide whether the high price corresponds to equally high upgrades and features. What we know is that the Switch Pro will have an OLED screen which in fact is its major highlight and the reason for its name. Another feature that adds to the convenience of fans is the fact that both the Switch OLED dock and Nintendo Switch will be compatible with one another. However, it doesn’t seem like the rumors regarding 4k resolution are true after all.

Twitterati has definitely got their excitement levels high following the announcement of the release date. While it has put an end to the spectrum of speculations and guesses, it has definitely kickstarted an excited frenzy within the gaming community which is very well reflected on Twitter. Nintendo Switch Pro has been trending on Twitter ever since the announcement was made. Here are some of the responses from Twitter following the news.

nintendo switch pro and all

me: ugh the oled nintendo switch pro doesn’t seem different from the regular switch other than better screen display and sound quality

The Nintendo “Switch Pro” or OLED Model still doesn’t have Bluetooth or a 4K resolution just a wider screen…. yeah the scalpers can take this one 💀 pic.twitter.com/Z5lZiVVUjF

It releases October 8th 2021, the same day as MEtroid Dread.

Much wider kickstand across the whole back.

It's not technically a "pro" version but it's a huge improvement in my eyes 😍 #SwitchOLED #NintendoSwitch pic.twitter.com/Bxu0hSJyWJ

Finally the weekly trending Nintendo Switch Pro rumors can come to an end.

THE NINTENDO SWITCH PRO DISCOURSE IS OVER