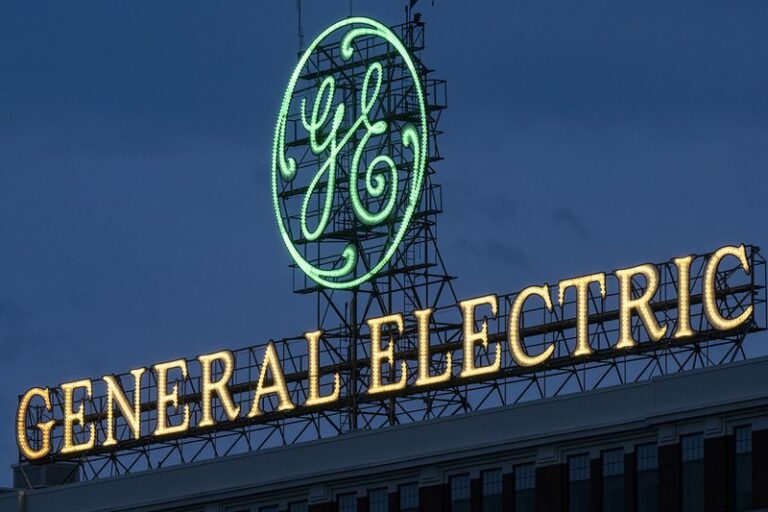 For the three months ending in December, GE posted adjusted non-GAAP earnings of $1.24 per share, up 35% from the previous year and surpassing analysts’ predictions of $1.13 per share. Additionally, the company’s revenue increased by 7.4% to $21.8 billion, slightly higher than the expected $21.6 billion.

However, GE’s outlook for the current financial year is less positive. The company forecasted adjusted earnings to be between $1.60 and $1.80 per share, much lower than the $2.36 per share predicted by Refinitiv. Additionally, GE’s energy business, GE Vernova, is expected to report a loss between $200 million and $600 million.

Despite these challenges, GE’s CEO, Larry Clup, remained optimistic about the company’s future. “2022 marked the beginning of a new era for GE,” said Clup. “We successfully launched GE HealthCare, delivered strong financial performance, made significant operational progress, and continued our steadfast commitment to our customers.” Clup also stated that GE is poised to drive growth, profit, and cash in the coming year and expects high-single-digit revenue growth and strong free cash flow generation in 2023.

In light of the earnings release, GE’s shares were down 2.32% in pre-market trading, indicating an opening price of $77.92 per share. GE recently spun off its healthcare division, GE Healthcare Technologies, and plans to separate its energy business, GE Vernova, through a tax-free deal in 2024. GE Healthcare will release its own quarterly earnings later this month.

The energy business has been a weak spot for GE in recent years, and the company has been taking steps to address this. GE has announced its plan to separate its energy business, GE Vernova, through a tax-free deal in 2024 in order to focus on its core divisions such as GE Aerospace and GE Healthcare. The separation of GE Healthcare Technologies earlier this year has already been a step in this direction.

GE’s aerospace division also reported strong performance during the fourth quarter, with operating profits forecasted to be in the range of $5.3 billion to $5.7 billion. This division has been a bright spot for GE and continues to drive growth for the company.

Additionally, the company’s healthcare unit also had a strong quarter with revenue increasing by 5%. GE Healthcare Technologies, which is now a separate company, is set to release its own quarterly earnings later this month, which will provide further insight into the performance of this division.

GE’s fourth quarter earnings were strong and beat expectations, but the company’s soft forecast for the current financial year may have tempered investors’ enthusiasm. Nevertheless, the company’s aviation and healthcare units performed well, and investors will be closely watching these divisions in the coming year. GE’s plan to separate its energy business, GE Vernova, in 2024 is expected to help the company focus on its core divisions and drive growth in the future.