Glauber Contessoto, 33, invested all of his funds into dogecoin, a meme-inspired cryptocurrency that has seen a significant increase in value this year. He claims to have become a dogecoin millionaire on paper two months later, in April.

Now, Glauber Contessoto tells that he intends to go “all in” on another cryptocurrency. His next pick is the Cardano blockchain and its altcoin ADA, which debuted in 2017 and recently surpassed bitcoin and ether as the third-largest cryptocurrency by market capitalization. 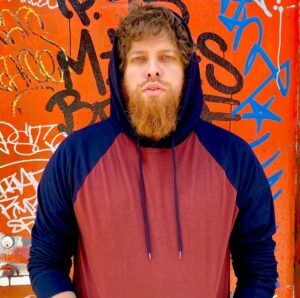 “I’m going to start buying up as much Cardano as humanely feasible with every piece of money I start making from now on,” he adds, adding that he has no plans to sell his dogecoin.

Glauber Contessoto says he’ll wait for a drop in the price of ADA before investing, much as he did with dogecoin. Many financial professionals, especially in the crypto realm, would advise against going all-in on a single investment. In general, cryptocurrency is a dangerous investment, and experts suggest altcoins are much worse.

Meltem Demirors, CoinShares’ chief strategy officer, recently told CNBC Make It, “Risk may be quantified in a variety of ways.” “Many of these assets, however, are far more dangerous than bitcoin and ethereum,” he adds.

Regardless of how cautious you are, you could lose your entire investment. Glauber Contessoto, on the other hand, remains positive on both dogecoin and Cardano. Contessoto sees Cardano as the “next best bet” because he didn’t buy Ether, the money native to the Ethereum platform, early on. Since its creator, Charles Hoskinson, is also a co-founder of Ethereum, supporters of Cardano, such as Contessoto, consider it as a competitor to Ethereum.

Cardano’s detractors, on the other hand, argue that it still has a long way to go before it can compete with Ethereum. Ethereum is known for its smart contract capabilities, which, among other things, power Defi (decentralized finance) apps and NFTs (nonfungible tokens).

Ethereum currently uses a proof of work (PoW) architecture, in which miners compete to solve complicated puzzles in order to validate transactions. However, Ethereum is planning to switch to a proof of stake (PoS) architecture soon, in which users can mine or validate transactions according to how many coins they own. PoS supporters claim that it consumes less energy.

This move is part of a much-anticipated upgrade to Ethereum, which its creator’s claim would dramatically improve the blockchain’s overall performance. Cardano, on the other hand, already uses a PoS model. As a result, the Cardano community considers the blockchain to be a more eco-friendly alternative to Ethereum. Cardano, unlike Ethereum, is still working on its smart contract features, which it hopes to deploy as part of a later-this-year upgrade.

This is one of the reasons why, according to billionaire investor Mark Cuban, Cardano’s use cases thus far have fallen short. “Are you able to use [Cardano] for anything personally? If that’s the case, what have you done with it? In May, Cuban tweeted, “That’s the question I ask about every crypto [before investing].” “Do you ever find yourself using it for something worthwhile?”

If you’re thinking about investing, bear in mind that, because of their volatile and speculative nature, financial professionals advise caution when it comes to cryptocurrencies in general.

Some experts advise caution when investing in altcoins, stating that many of them lack the scarcity and technological advancements that bitcoin, for example, possesses. Investors should only invest what they can afford to lose in order to avoid being burned.

Cardano, a virtual currency, is at its greatest point in history. “I’m just waiting for a major drop before investing into it,” Contessoto says. Cardano’s ADA is currently around $2.60, whereas dogecoin is at about 27 cents.