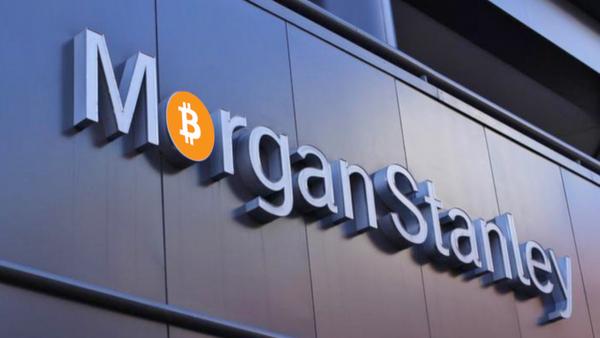 Many Bitcoin users are adamantly opposed to large banks. Morgan Stanley, one of the largest, has been buying its way into Bitcoin. Morgan Stanley bought upwards of 6.5 million shares in Grayscale Bitcoin Trust across more than a dozen funds, according to SEC filings. At $37.82 per share, that amounts to nearly $240 million in GBTC. After Cathie Wood’s ARK Investment Management, which owns over 9 million shares, the investment bank would become the second-largest known investor of GBTC.

The Grayscale Bitcoin Trust is an investment instrument for persons who want exposure to Bitcoin but don’t want to possess or manage private keys (those alpha-numeric strings that function like passwords for unlocking access to coins). As a result, GBTC is based on the price of BTC.

Morgan Stanley purchased upwards of 6.5 million shares of Grayscale Bitcoin Trust through more than a dozen funds, according to SEC filings. At $37.82 per share, that equates to around $240 million in GBTC. After Cathie Wood’s ARK Investment Management, which has over 9 million shares, the funded financial institution would become the second-largest known holder of GBTC.

To participate, investors must spend at least $50,000, pay a 2% fee, and keep their shares for at least six months before reselling them. It is traded on the OTCQX over-the-counter market.

The price of GBTC is frequently substantially higher or lower than the price of the digital asset it is supposed to track. According to YCharts data, it’s currently selling at a 13 percent discount; buyers have been able to buy GBTC for less than BTC since March, thanks to the six-month holding period.

Despite this, it has amassed nearly $31 billion in assets under administration, not to mention $9 billion in other crypto-based trusts. Morgan Stanley’s holdings are dispersed among a number of mutual funds, which are effectively money pools that are split between stock and bond investments. (Should you invest in Vanguard or American Funds for retirement? One or more mutual funds hold your money.)

The Growth Portfolio, which owns 2.3 million shares in GBTC, is the largest shareholder. Grayscale’s inclusion in mutual funds, on the other hand, isn’t going to propel investors’ IRAs to the moon. The Insight Fund’s GBTC holdings, for example, make up only 0.34 percent of the portfolio. (Stocks in MicroStrategy, a cloud computing firm that maintains the majority of its treasury holdings in Bitcoin, accounting for 0.47 percent of the market.)Despite requests for comment from Morgan Stanley, no response has yet been received.

If you find this article informative then do share it with your friends and family!Also read: Jim Cramer suggests 5% allocation to crypto and buying Coinbase stock