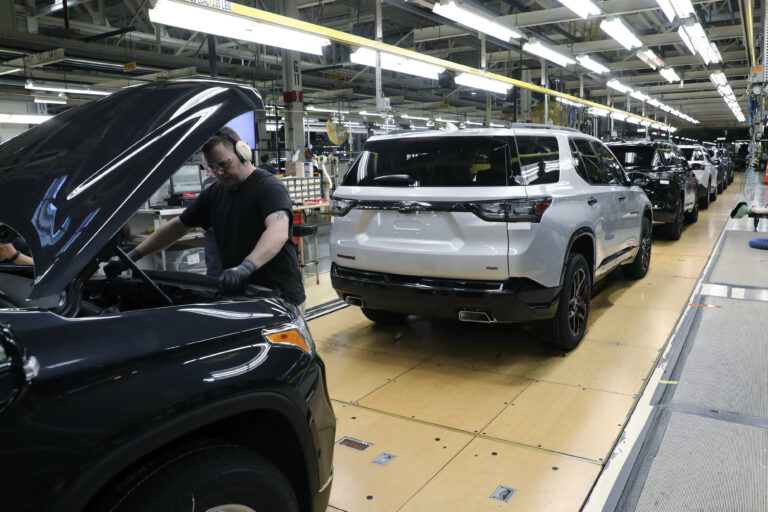 On August 4, after General Motors announced strong Q2 results, the shares dropped by 7.8%. In the time of economic and technological disruption GM, Toyota and Honda underscore the uncertainty of the industry. GM managed to keep up as the electric pick-ups had strong demand and used car prices helped increase their total profits.

General Motors announced a $2.8 billion net profit without a loss this year. As per their pre-tax earnings before one time earning stated as $4.1 billion or $1.97 per share. The tax profit outlook was raised to $11.5 billion and $13.5 billion from earlier anticipated values of $10 billion and $11 billion. However, analysts predicted $2.23 per share, which is much lower than the original value.

In a call with the media, the CEO of GM Marry Barra said, GM will “continue to see the impact this year of the chip shortage, and expects it will continue into the new year. We’re going to see a strong pricing environment continue throughout the rest of the year and into 2022.”

Amidst chip shortage and other economic issues this year, the company managed to boost its target for this year. The company’s most sold vehicles are electric pick-ups and large sports utilities. Which include Chevrolet suburban. GM had to cut 350,000 vehicle production and reply on less popular models. As potential disruption still exists with the rising of the Delta variant, the company asked their staff to wear masks and take all other required precautionary measures.

Unexpected crises keep coming and the automaker works on finding solutions. Like, Amidst the pandemic, dealing with chip shortage and other supply chain constraints. Biden’s administration in the US is getting tougher with vehicle emission limits. In the coming months, more unexpected aspects could impact GM’s overall earnings.

In the second half of the year, the company predicts their loss of 100,000 vehicles which is valued to be $1.5 billion to $2.5 billion. Barra said, “We are evaluating what is appropriate and talking to different stakeholders. We are evaluating multiple choices we can make.”

In the last crisis, the company learned how to handle the situation and sustain sales or profits with less inventory. As stated by Barra, “we will be much leaner and efficient.” Their unsold inventories are currently half the last year’s inventories. Last year vehicles worth $1.4 billion were built without certain electronic parts. As stated by GM, there this year’s outlook depends on reducing their inventories.

Despite announcing a $35 billion investment to increase manufacturing and development, GM is yet to boost its EV shift. To which Barra said that Biden’s administrations boost EV sales and deliver money to install more charging stations.