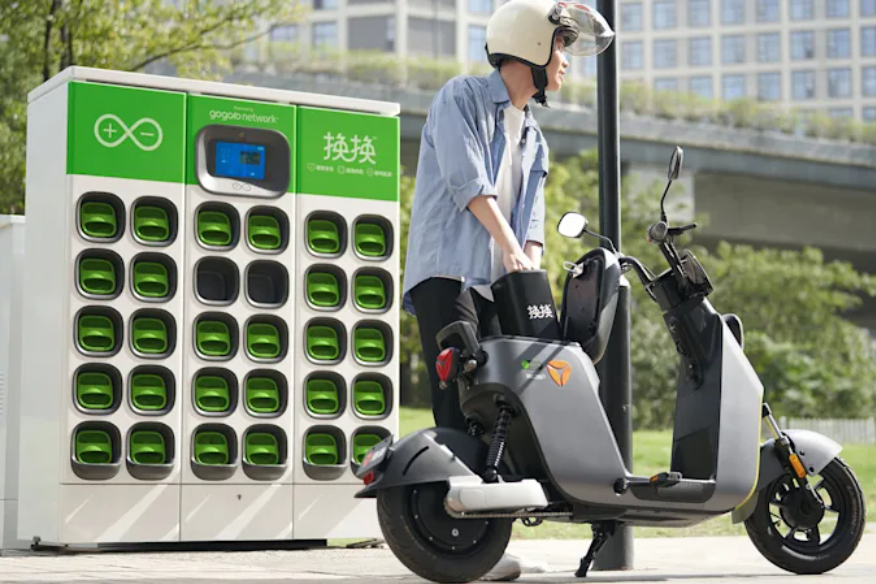 Five months after establishing a partnership with two of China’s largest two-wheel vehicle manufacturers, Gogoro opened 45 battery switching stations in Hangzhou today. Horace Luke, the company’s co-founder and CEO, told TechCrunch that the company wants to open 80 stations by the end of the year before partnering with Yadea and Dachangjiang Group to expand into additional major cities (DCJ).

The Huan Huan brand, which is a collaboration between Gogoro, Yadea, and DCJ, will sell Gogoro’s battery changing technology in China.

Yadea and DCJ are both working on vehicles that utilise Gogoro’s battery swapping technology, with Yadea launching two models today in Hangzhou.

According to the companies, government regulations for electric two-wheel cars, which require the use of lithium batteries rather than lead-acid batteries, are projected to increase customer demand. By 2025, an estimated 270 million vehicles will be forced to be retired because they do not meet the new regulations.

Gogoro stated last month that it will go public on Nasdaq following a $2.35 billion SPAC merger with Poema Global that is set to close in the half-moon of 2022.

Gogoro is known for its own brand of high-end two-wheel scooters, but it’s also teamed with other manufacturers including Yamaha, Suzuki, and AeonMotor to build vehicles that use its batteries and charging stations, in addition to its battery swapping network.

Because of its cooperation, Gogoro’s technology has become more accessible, and the company recently announced a contract with Hero MotoCorp, India’s market leader in two-wheeled vehicles.

“We’ve always been looked at as ‘Gogoro is too premium, we are out of reach to the people that really matter in major cities,’ and with Yadea and DCJ, everyone is going to be able to ride and buy the vehicles, which won’t be any more expensive than previously sold mass vehicles,” said Luke.

Gogoro is Taiwan’s largest scooter manufacturer, but it’s most known for its groundbreaking swappable battery technology, which eliminates the need for a charge.

Scooters without batteries can be purchased, saving money on the first purchase.

Users are then charged per kilowatt-hour of electricity utilized, and batteries are “rented” on a subscription basis. They can go to a “GoStation” when their battery runs out and exchange it for a fully charged one in roughly six seconds.

Cloud technology is used by the corporation to ensure that consumers can quickly discover batteries and that electrical networks are not overwhelmed.

In China, where legislation has been passed to phase out up to 250 million gas and diesel-powered automobiles by 2025, the scooters arrive at an opportune moment.

The launch could potentially be a demonstration of Gogoro’s battery-changing technology, which could be used in future international expansions.