A civil rights movement that fights for the equal rights of the marginalised Dalit community which is based in the state of California in the USA known as Equity Labs as gone on to accuse the tech giants, Google of enabling caste issues, racism, and harassment to take place on their platform.

Thenmozhi Soundararajan who founded and runs the movement was not allowed to have a conversation with the journalists of Google News almost two months ago during the historic Dalit Historic Month. 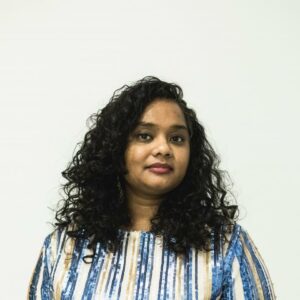 Almost two months later, on the second of June, there was misinformation and consipracies spreading about Thenmozhi Soundararajan by the workers of The Washington Post saying that the woman was against Hindus calling her Hindu Phobic as well. People started spreading lies and false information about the women which spread around and eventually reached the heads of Google News and they promptly cancelled their highly anticipated conversation.

Thenmozhi Soundararajan is mainly known for her activism work for the Dalit community but she is also a famous storyteller, song lyricist, and a hip hop artist.

Thenmozhi Soundararajan has also tried approaching the chief executive officer of Alphabet Inc, the parent company of Google, Mr. Sundar Pichai and even wrote to him but to no avail as of yet.

Tanuja Gupta who is the senior manager of Google News had initially approached her to have a conversation with the company but after all of this controversy, she has since resigned from her role.

In an open letter she penned to her public as she resigned, she said that retaliation is very normal in a company like Google so that their negative feedback is handled within the company. She personally has witnessed many women and people of colour bear the brunt of this issue and are eventually stepped on and silenced. This is the truth and it is not just a single time issue. It is common and happens repetitively and that needs to change.

The spokes people of Google have since come out to deny all of the accusations put forth on them and even went to say that racism, sexism, and harassment has no place in their company and that they have an iron fist rule when it comes to these issues. They have also come to the conclusion to not have the conversation with Thenmozhi Soundararajan and have cancelled their meeting which has caused a very divisive opinion among the public.