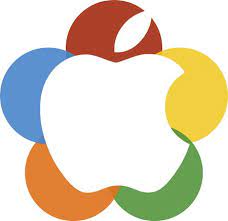 Reports bring out that, the two leading US-based tech giants Google and Apple are found to be indulged in practising anti-competitive practices in Mexico. The report containing such irregularity was brought to the notice of authorities by Mony De Swaan Addati.

According to reports, Mony De Swaan Addati, led the telecommunication federation, before it was succeeded by IFT. The complaint is believed to have been reported on Friday.

The Federal Telecommunication Institute (IFT) is bestowed with the responsibility to look after and also promote competition. The IFT is empowered to impose economic restrictions, and conduct investigations.

As per the allegations levelled by the former head, Google and Apple are indulged in limiting competition by using their established monopoly in the market.  In his complaint, Swan Addati has alleged that the two companies using their monopoly are manipulating consumers to use Google and Apple designed, payment systems.

According to reports recently, apple and google have faced a series of legal complaints for their conduct. The legal complaints have forced the two companies to soften their approach. In the first such hint, Google decided to cut prices on apps. Apple too has shown some leniency. However, critics believe that still there is the scope for improvement.

The complainant Swaan Addati has expressed confidence that the investigating agency would best utilize its resources to prevent the big tech companies from misusing their power in the market.

According to reports, the smartphone market has been dominated by the android operating system. Reports bring out that, the year 2021 saw the sale of more than 30 million smartphones.

Reportedly, Apple has been asked to stop selling its iPhone in Brazil this month. The Brazilian regulatory body accused Apple of practising unfair trade practices, wherein the company sells the iPhones without a charger. The Brazilian regulatory body rejected the Apple charges that, by selling chargers separately the company is contributing to the reduction of pollution. The argument was rejected on the ground that, there is no scientific backing for the same.