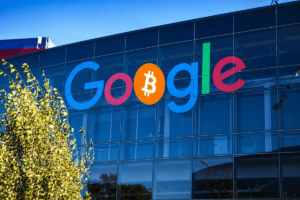 Goldberg was previously the VP of Merchant Product and Technology at PayPal, the world’s largest payments processing company. The firm has some ties to the cryptocurrency business, but nothing concrete until recently. Alphabet – Google’s parent firm – spent $1 billion in the futures exchange CME, which is one of the top providers of institutional-grade BTC futures.

Google may allow its users to store crypto on digital cards

Coinbase and BitPay have partnered with the company to offer this capability. Users of Google’s digital cards may soon be allowed to hold bitcoin and spend fiat money.

To implement the feature, the business has created partnerships with Coinbase and BitPay.When Google will start accepting bitcoin for transactions is still unknown.

According to a Bloomberg story, Google is dipping its toes into Bitcoin and cryptocurrencies as its payments business tries to obtain substantial market share in the payments industry and advertises adding custody capabilities of such assets to its digital cards.

Bill Ready, VP of commerce at Google, said, “Crypto is something we pay a lot of attention to.” “We’ll develop with the user and merchant demand as it changes.”

To implement the new capabilities, Google has partnered with bitcoin exchange Coinbase Inc. and cryptocurrency payment processor BitPay, according to the article. Although the company does not accept bitcoin for transactions, the executive told Bloomberg that his team is searching for further cooperation prospects.

Google’s cryptocurrency integrations allow customers to keep BTC in their digital cards while spending fiat cash, an arrangement that doesn’t use Bitcoin as a medium of exchange but allows users to spend their Bitcoin holdings.

The announcement comes after the business abandoned a previous effort into banking in October, appointing veteran PayPal executive Arnold Goldberg to lead its payments segment. Google aims to be a “connective tissue” for the whole consumer finance market, according to Ready.

“We’re not a bank,” Ready told Bloomberg. “We have no interest in becoming a bank.” “At times, certain previous endeavors would accidentally venture into those realms.”GOOGLE CARDS Will Store Bitcoin and Crypto.