Google has been in a little bit of a fix, after a discriminatory post thwarting the essence of diversity, made by, you guessed it, the company’s Head of Diversity, has resurfaced.

A Post Comes Back to Haunt You, 14 Years Later

The tech giant was recently forced to reassign former head of diversity, Kamau Bobb, following a blog post from 2007 being brought to light. The post in question had thrown shade at Jewish populations, through the words,  “If I were a Jew I would be concerned about my insatiable appetite for war and killing in defense of myself.” 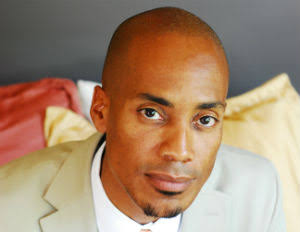 Bobb had made the comment in response to the bombing at Lebanon and cutting off Gaza residents from basic amenities at Israel’s hands, which might be quite offensive to many people right now, given the current tension between the same two nations.

The post had been made on his personal site, and was taken down a while back.  However, it was recovered, and is easily accessible now.

As per reports from the BBC, Bobb has been removed from the diversity team, and instead has been relegated to STEM-related work. Google has said that it “unequivocally condemns” the comments made, which have been a source of “deep offense and pain” to the Jews.

Additionally, as revealed by The New York Post, Bobb has since apologized to the community, and especially to the Jewish employees at Google Inc. via email. He said that he had “crudely characterized the whole community” despite having attempted to criticize a particular military action.

This incident at Google isn’t an isolated case of antisemitism in the wake of the Israel-Palestine conflict. In fact, many such cases have come to light in the recent days, especially in the US and Europe.

While Bobb has intended to criticize the move taken by the Israeli government, he missed the mark and ended up pretty much insulting a whole ethnic group, whose members live in different parts of the world, and hold different opinions on the situation.