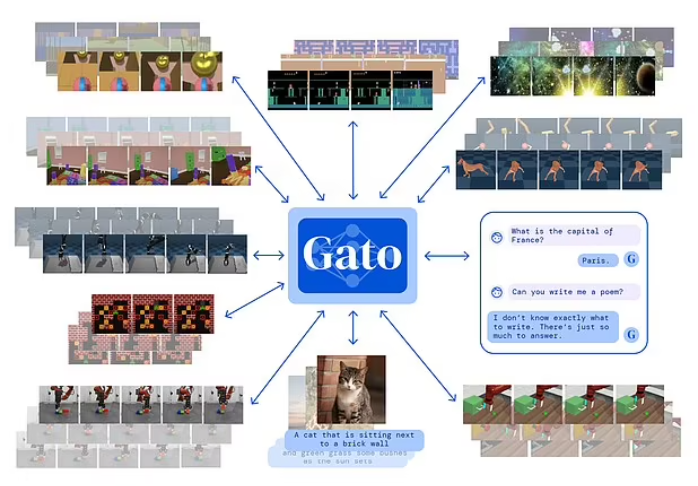 DeepMind, a Google-owned British company, seems to be on the verge of achieving human-level artificial intelligence (AI).

Nando de Freitas, a DeepMind research scientist and Oxford University machine learning professor, has declared that “the game is over” in the race to accomplish artificial general intelligence (AGI).

A machine or program with AGI can comprehend or learn any complex tasks that a human can, and does so without training.

According to De Freitas, scientists are now scaling up AI programs, such as with more data and computing power, in order to create AGI.

DeepMind introduced Gato, a new AI ‘agent’ which can finish 604 different tasks ‘across a wide range of environments’, previously this week. Gato employs a single neural network, which is a computing system with interconnected nodes that functions similarly to nerve cells in the human brain.

DeepMind claims that it can chat, caption images, stack blocks with a real robot arm, and even play the 1980s home video game console Atari.

De Freitas’ comments came in response to an opinion piece published on The Next Web claiming that humans alive today will never achieve AGI.

However, he admitted that humanity is still a long way from developing AI that can pass the Turing test – a test of a machine’s ability to exhibit intelligent behavior that is equivalent to or indistinguishable from that of a human.

Following DeepMind’s official statement of Gato, The Next Web wrote that it demonstrates AGI no more than virtual assistants like Amazon’s Alexa and Apple’s Siri, which are already on the market and in people’s homes.