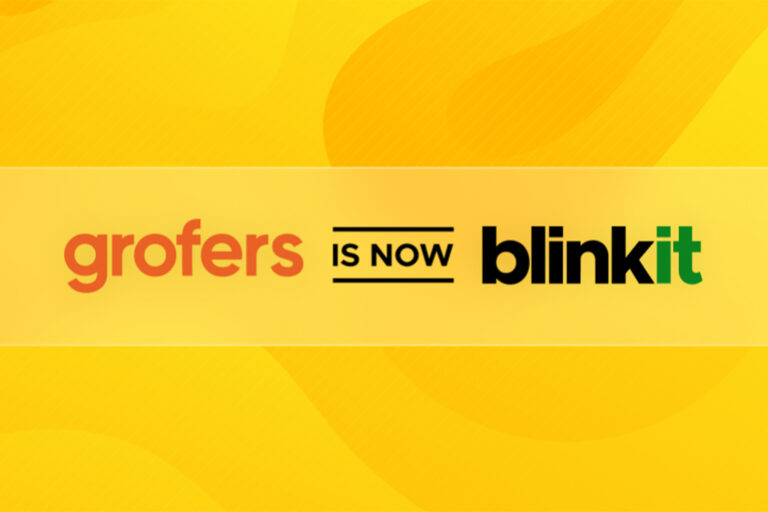 Grofers rebrands as Blinkit, with a focus on quick commerce The rebranding illustrates that Grofers will deliver products in the blink of an eye.

Grofers, an online grocery delivery startup, has rebranded as Blinkit to illustrate its focus on quick commerce or 10-minute grocery delivery. The rebranding comes just a few months after the company announced its plans to deliver groceries in 10 minutes or less.

Grofers shared the news in a blog post, which founder Albinder Dhindsa later tweeted. Blinkit said in a blog post, “We learned a lot as Grofers, and all our learnings, our team, and our infrastructure is being repurposed to pivot to something with staggering product-market fit – quick commerce. Today, we are surging ahead as a new company, and we have a new mission statement – “instant commerce indistinguishable from magic”. And we will no longer be doing this as Grofers – we will be doing it as Blinkit.”

The new name clearly indicates that deliveries will happen in the blink of an eye. Albinder further said that Grofers has fulfilled over a million orders per week across 12 cities in India, adding that “this is just the start.” The company announced last month that it expected to set up 150 dark stores by December, bringing the total number to 350, for rapid commerce to deliver orders in around 10 minutes. It had stated at the time that it had a 3 million monthly order run rate and had grown 3.5x in the last two months.

When the firm announced that it would deliver groceries in 10 minutes, it was encountered with severe criticism. Netizens were desperate to take up arms against Grofers, accusing it of putting delivery workers’ lives in danger. Dhindsa responded with a statement claiming that the 10-minute delivery window was attainable due to the company’s decentralized store distribution and efficient sorting and packing methods. While standard e-commerce deliveries can take a day or more, quick commerce (or q-commerce) allows customers to receive small quantities of goods in a shorter amount of time.

Grofers joined the unicorn club in June of this year after a $120 million investment from Zomato when talks about a potential merger between the two startups fell down. It is also in talks to raise around $500 million in a fresh funding round from existing investor Zomato Ltd.

Now, the company faces stiff competition from food tech major Swiggy, which is focusing on 15-minute delivery with its Instamart platform, and quick grocery delivery startup Zepto, which is strengthening its presence in the space.

Some report suggests India’s retail sector is expected to reach $1.7 trillion by 2026, rising at a 7.8 percent CAGR over that time. Ecommerce is likely to grab 11.4 percent of the total retail sector by 2026, growing to a $200 billion market by that time. This growth will be mainly fueled by advances in digital infrastructure.