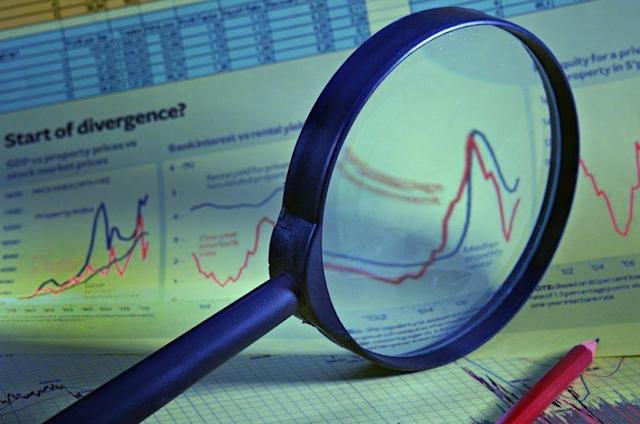 Growth Stocks that may grow more in 2022

In an expensive stock market trading near record highs, it’s not easy to pay up for growth stocks. And, as the past few months have shown, there’s a lot of risk in chasing the high-fliers. There have been huge sell-offs in special-purpose acquisition companies, software stocks, and electric vehicle firms, among others.

Communications (NASDAQ: ZM) is expected to offer significant upside in 2022. With a Wall Street high-water price target of $450, the recently battered Zoom could offer gains of 143% in the upcoming year.

Zoom was a huge winner during the pandemic. With the traditional office environment disrupted, remote work and virtual meetings became commonplace — so much so that “Zoom” became its verb.

The consensus 12-month price target for Sea Limited (NYSE: SE) reflects an upside potential of 89%. Sea wasn’t too far away from achieving that target in October. However, the stock has plunged more than 40% from its high — in part due to the company badly missing Q3 earnings expectations but mainly because of the overall sell-off of growth stocks.

Sea’s past success has been primarily driven by its Free Fire mobile game. Although Free Fire was launched four years ago, it’s still the highest-grossing mobile game in India, Latin America, and Southeast Asia, according to App Annie. It has also been the highest-grossing mobile battle royale game in the U.S. for three consecutive quarters. Sea expects even more growth as it rolls out new features.

Teladoc Health‘s (NYSE: TDOC) shares are down more than 50% year to date. But Wall Street thinks this virtual care leader could rebound in a major way in 2022. The consensus price target for Teladoc reflects an upside potential of nearly 66%.

Why has Teladoc fallen so much? One main factor is that some investors thought that the end of COVID-19 lockdowns would lead to slowing growth. While Teladoc did experience some slowing, its business continues to perform very well.

One of the world’s largest cryptocurrency exchanges, Coinbase is valued at a market cap of US$66.7 billion. Similar to most other trading platforms, Coinbase derives a majority of its sales from transaction fees. So, its top line is dependent on the volatility of cryptocurrencies listed on the exchange, making it difficult to forecast future sales and earnings.

In Q3, the number of monthly transacting users on Coinbase rose by 252% year over year to 7.4 million, and it now has 73 million verified users. Further, the company also enjoys robust profit margins and ended Q3 with an adjusted EBITDA margin of 50%.

Due to its massive size and expanding user base, Coinbase is the perfect ancillary bet for investors looking to benefit from exponential growth in the cryptocurrency industry. You don’t need to speculate on the long-term prospects of specific digital tokens. You can instead buy Coinbase stock if you expect the value of cryptocurrencies to move higher in 2022 and beyond.

Although the company doesn’t have a gaming division, it is otherwise similar to Sea in that it benefits from serving an emerging market with low e-commerce and banking penetration. While MercadoLibre faces competition – including from Sea – it is arguably more dominant in its respective region than Sea.

Macro issues have tanked the stock to an all-time low valuation, but I expect a rebound in 2022. Analysts seem to agree, as they

Although Shopify has recently pulled back, SHOP stock recorded a new all-time high this month, despite reporting a rare quarterly earnings miss.

Most companies with valuations near where Shopify currently trades would plummet on such a miss. While SHOP stock did dip, this company’s stock price has rebounded in such a way as to indicate extremely strong demand for these shares. In other words, investors are waiting for any sort of dip to buy with this stock. That sort of intense investor demand for shares is hard to find in the market today.

SHOP stock hit an all-time high earlier this month. This sort of positive price momentum has continued this year. Despite various concerns that have broadly permeated growth stocks of late.

Of course, Shopify’s core business is growing in a very healthy way, and there’s a lot to like about the company’s strong positioning in the e-commerce sector.

Although the work management platform’s stock has cooled off in recent weeks, it is still up 251% from its September 2020 IPO price of $21. It’s gotten to the mid-$70s over the past three months for a reason.

If you own ASAN stock, you’ll probably like the fact that Piper Sandler has an overweight rating and a $140 target price. That’s a 75% upside at current prices. Brent Bracelin, the analyst covering Asana, upped its price target from $85 to $140 on Nov. 18.

It’s been roughly a year since Upstart (NASDAQ: UPST) went public and investors got a taste of the company that uses artificial intelligence (AI) to originate loans and evaluate consumer credit. Upstart was a big winner this year, with its stock soaring from its IPO price of $20 per share to as high as $400.

Upstart blew analyst estimates out of the water in its first quarter as a public company and has outrun analyst expectations all four quarters since its IPO. The lowest earnings beat was in the first quarter of 2021 when it topped earnings-per-share expectations by “only” 47%.

It has expanded its network of banking partners from 10 to 31 as of the third quarter. The company also launched Upstart Auto, the integration of automotive retail software from its acquisition of Prodigy, and its AI-driven loan origination software.

The stock can rise and fall based on business fundamentals now that the frenzy has subsided, and there’s a lot to like in 2022. A year isn’t a long time when it comes to investing, but Upstart has become a vastly stronger company over the past 12 months.

Electric-vehicle startup Rivian (RIVN) has had a lot to celebrate this year. The U.S.-based maker was the first to bring to market an all-electric pickup, the R1T, which was named MotorTrend Truck of The Year for 2022. Meanwhile, Rivian stock’s IPO on Nov. 9 was the largest of 2021. But its first post-IPO report delivered a dose of reality to investors. Rivian reported a huge loss, amid slim production.

Still, Amazon (AMZN)-backed Rivian aims to ramp up production in 2022. And it’s taking a full-speed-ahead approach to expansion, even as one Wall Street analyst seems to suggest: What’s the rush?

It is also focusing on building a charging network in the nation’s state parks. As part of its efforts to encourage conservation and appeal to environmentally conscious adventure consumers. Rivian already has agreements with Tennessee and Colorado.