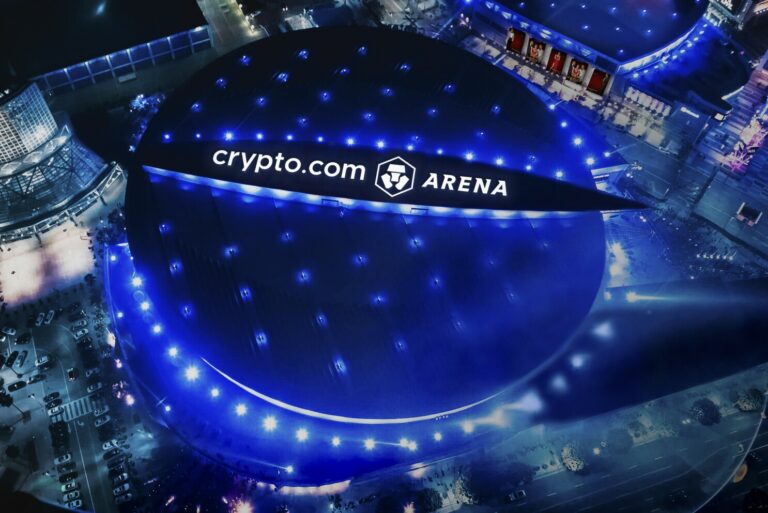 The Staples Center has been renamed Crypto.com Arena

When the Intuit (INTU) – Get Intuit Inc. Report Dome is finished in time for the 2024 season, the Clippers, who are controlled by former Microsoft (MSFT) – Get Microsoft Corporation Report CEO Steve Ballmer, expect to move to their arena.

When the Lakers take on the Brooklyn Nets in a nationally broadcast game on Christmas Day, there will be Crypto.com signage. It won’t be until June when all of the exterior signage is updated.

The Staples Center has hosted an average of 240 events per year since its opening in 1989. Several Grammy Awards are among them. NBA All-Star Games and NHL All-Star Games are just a few examples. While playing at the venue, the Lakers, Kings, and Sparks have all won their respective league championships.

“We’re very excited about partnering with AEG and investing long-term in this city, starting with Crypto.com Arena in the heart of downtown, and using our platform in new and creative ways so that cryptocurrency can power the future of world-class sports, entertainment, and technology for fans in LA and around the world,” said Kris Marszalek, CEO of Crypto.com. According to Sports Illustrated, the $700 million pact will last 20 years.

“It’s a watershed moment in our company’s and industries’ histories, and we couldn’t be happier to have such a forward-thinking partner like Crypto.com supporting our global fan base and the local community.”

Crypto.com is an online marketplace where users may purchase and trade cryptocurrency. According to the website, it has over 10 million members and 3,000 staff.

Executives at the corporation are aware that some Lakers and Clippers fans may be hesitant to adopt the new moniker, but they don’t appear to be concerned about the early backlash. They think that purchasing the arena’s name rights is a vital aspect of Crypto.com’s broader brand recognition plan.

According to various sources, Crypto.com is paying $700 million for the arena’s naming rights. According to CNBC’s Jabari Young, the new moniker will be tied to the arena for the following 20 years.