How Passed GST Bill Will Impact The Logistics Industry 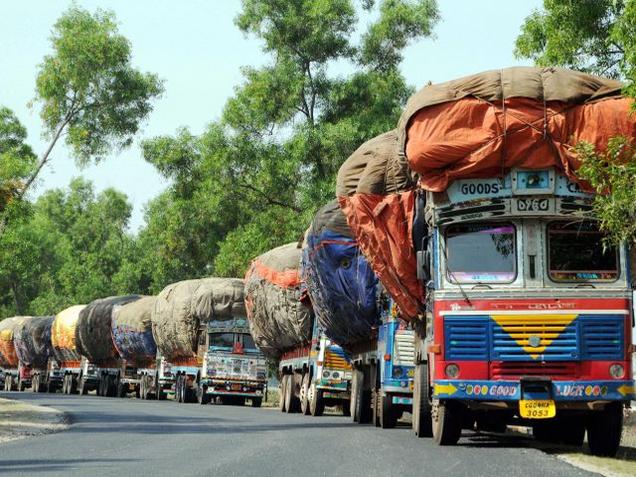 “Yesterday was a major step forward in having a uniform tax in the country… The GST will help a large body of traders and business people,” finance minister Arun Jaitley said on today.

The GST Bill has been passed by Parliament. Industry experts are of the view that the new law would help in the overall growth of the economy and a softening of prices. According to some estimates, the new tax law could result in a 2% growth in GDP. India has already been hailed as a “bright spot in world economy” with 7.9% GDP growth, piping China. Adding the GST increase to the kitty will get the GDP figures soaring. Apart from making the taxation regime simpler, the GST is also expected to impact a wide range of industries of which logistics and transport will be one of the most immediately affected.

The logistics and transportation industry is worth more than $130 billion. It is an important cog in the entire infrastructure superstructure. For India’s economy to gallop, a leaner and more efficient logistics industry would be paramount and the GST could facilitate smoother and better transport. It will replace the age-old cumbersome and inefficient transport system that was built around individual state taxation system. Logistics should ideally make core operations more efficient, but it finds itself caught in the complex of compliance and regulation. With a single GST, checking and tracking of sales tax at inter-state barriers would not be necessary. According to a recent survey, if the waiting time of trucks is reduced by 50%, it would add 8% additional trucks on the highway.

Is Your Business Software Ready For GST ?[/box]

Currently, the industry is largely unorganized and scattered because of the tax structures at the state level. The present inter-state system of transport taxation has compelled organizations to put up warehouses in every state, thus making the supply chain longer than it needs to and therefore to a large extent inefficient. Given the complex structure, the transport industry ends up spending almost 50-60% of its time and resources on tax compliance, together with trucks queuing up at interstate check points for tracking and inspection of inter-state sales tax. Currently, state governments maintain a number of forms for recording the movement of goods in and out of their jurisdiction. Present processes also necessitate the transporter to carry the hard copies of the invoice and forms along with them.

“The GST would eliminate cascading or double taxation and enable a shared national market, leading to improved collections. But more important than anything else, the GST would prevent or at least de-incentivize the temptation for tax evasion,” said Shashank Dixit, CEO, Deskera, a leading Cloud-based business software provider.

The new law will replace various different taxes that the Centre and State governments charge separately. This would translate into increased uptime for trucks, reduced idle hours, quicker turnaround times and more optimized warehousing structure. According to a report by the Ministry of Road Transport and Highways, a truck typical spends nearly 16% of the time at check posts. A truck in India covers an average annual distance of only 85,000 km as compared to 150,000 to 200,000 km in advanced countries. The GST would eliminate delays and long queues that are often seen at checkposts on state borders. There would also be simplification of the documentation process that is needed for transporting goods across India. These are significant objectives given the high average waiting time along with the stoppages for trucks transporting goods.

Under the existing regime, big corporates “stock transfer” goods to other states as they have the logistics and infrastructure, thus escape paying tax on interstate movement. But, owing to lack of infrastructure, SMEs and startups are unable to do that and get goods through inter-state sales (instead of stock transfers) and end up paying Central sales tax on them. In this respect, GST brings SMEs and startups at par with big corporates by taxing stock transfers as well.

Will The GST Be A Boon Or A Bane For Startups And SMEs?[/box]

Today, logistics includes transportation and warehousing, along with distribution and optimization. The GST tax will be operational on transportation and full credit will be provided on inter-state transactions. This is expected to lead to concentrated mega logistic chains that are optimal and efficient. This will eventually lead to centralization which will make the process of claiming and utilizing credits easier. In addition, tax compliance issues will get resolved. Moreover, under the GST regime, regional warehouse hubs will emerge.

Unlike the existing tax regime, a manufacturer would not need a warehouse in each state, leading to centralization of resources. Key hubs would emerge as a result of a single GST across the country. Consequently, manufacturers can have a hub, for example, in Delhi which can serve the entire north region, rather than having a separate warehouse for each state. Therefore, the whole logistics chain becomes more focused, leaner, concentrated and smarter. The GST could lead to major consolidation in this segment.

All the projected gains can only be considered mere conjecture. The implementation will decide the effectiveness of the law. After all, the proof of the pudding is in the eating.

Technology Evangelist, avid blogger and enthusiast, and basically a storyteller at heart. With more than 10 years of experience in journalism, I have enjoyed my stints with other media like TV, magazines, and Web. When not surrounded by startup and tech stories, I like to dig for inspirational ones.

I write on Cloud, Big Data, IoT, startups, SMEs, Enterprises, Technology, ERP, CRM, and everything under the sun—viewed from the prism of new era tech. An MPhil from JNU has made me liberal and tolerant. Music and food are my passion which keep me going, apart from buzzing off whenever the opportunity arises. You can tweet me at @muqbil_ahmar or connect through LinkedIn and Facebook.