Will The GST Be A Boon Or A Bane For Startups And SMEs? 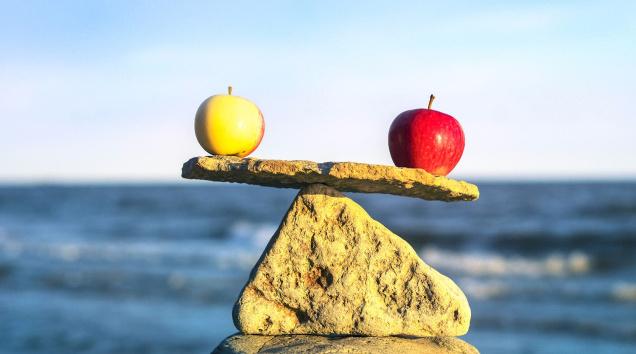 Despite the continued wrangling over the Goods and Services Tax Bill and the adoption of diametrically opposite views by different political camps, there is a strong possibility that the piece of legislation may soon become law. Currently, the bill is stuck in the Rajya Sabha.

For the first time in India’s history, the comprehensive law will set into motion irrevocable tax reforms that will mark a paradigmatic shift in the Indian taxation system. Small and medium enterprises should learn in advance about the various features of the law and adapt themselves as and when the law comes into effect.

What is the Goods and Services Tax (GST) Bill?

The GST would be a comprehensive indirect tax on manufacture, sale and consumption of goods and services throughout India. It will replace the plethora of different taxes that the Central and State governments levy separately. Tax would be collected at each stage on basis of the input tax credit method, in which taxes paid in other states can be claimed. This would allow registered businesses to claim tax credit to the value of GST they paid on purchase of goods or services in other states as part of their normal commercial activity. Goods and services are not distinguished from one another and are taxed at a flat single rate in a supply chain till they reach the consumer.

Positives for startups and SMEs

The small and medium enterprise sector is divided over the issue. A number of industry experts feel that the GST would remove cascading or double taxation and facilitate a common national market, thus leading to better collection. They also think that the GST will help small enterprises save on taxes overall.

“For example, if I buy a product out of state, then the charges that I pay there include taxes which ultimately get added to costs as I cannot claim tax credit in my state. Some businesses might be tempted to circumvent the system and buy materials and goods without proper documentation. But if I am a GST-registered business then I can claim tax credit to the value of GST that I paid on purchase of goods or services as part of my normal commercial activity,” said Saurabh Gupta, a small entrepreneur from Moradabad, Uttar Pradesh.

Under the existing regime, big corporates “stock transfer” goods to other states as they have the logistics and infrastructure, thus escape paying tax on interstate movement. But, owing to lack of infrastructure, SMEs and startups are unable to do that and get goods through inter-state sales (instead of stock transfers) and end up paying Central sales tax on them. In this respect, GST brings SMEs and startups at par with big corporates by taxing stock transfers as well.

“After the implementation of the GST, major Central and State taxes will get subsumed. This will reduce multiplicity of taxes, bringing down the compliance cost. Central sales tax will also be phased out,” said a tax official not wanting to be named. Another expert said: “The differential tax regime and tugs of war between the Center and the states results in inefficiencies which include slow transit times, needless red tape and disruption in business climate.”

Is Your Business Software Ready For GST ?[/box]

Downsides of the proposed legislation

However, there is a sizable chunk of SMEs who don’t think the GST is all good news for the sector; they point out to the disadvantages of the principle of equal treatment being applied to small and medium enterprises. The GST proposes to lower the tax exemption limit for manufacturing units. Under the existing excise laws, no duty is paid by a manufacturer having a turnover of less than Rs. 1.50 crore. The GST, on the other hand, proposes to considerably bring down the exemption limit, according to some estimates to as low as Rs. 25 lakh. Consequently, a large number of SMEs and startups in the manufacturing sector will come under the tax net.

“Earlier, we were not paying the tax, but after this policy comes into effect, I will have to bear the extra financial burden. My coir-making business may not remain profitable and I may have to look for other options,” said Dennis Jesudasan, a small business owner from Kerala.

Apart from those affected by the parity principle, there are many others sitting on the fence, who would rather adopt the policy of waiting and watching for the time being.

How do the negatives and positives match up?

Looking at the overall picture, while the GST truly looks promising in streamlining the tax regime, doing away with arbitrary exemptions, and making the industry more tax-compliant, it can also open up a can of worms for the already beleaguered SME sector.

10 Game Changing Startups That Indians Should Know About ![/box]

According to a survey conducted by Deskera, a leading Cloud-based business software provider working in the SME sector, GST will enhance competitiveness and efficiency of the manufacturing sector (which has a substantial number of SMEs) and mitigate the cascading effect of the current tax system. It also points out that the overall cost of ensuring compliance incurred by the government will be reduced and scope of black economy will diminish, ensuring overall economic growth.

Asked about how the new proposals may affect business software providers such as Deskera, CEO Shashank Dixit said:

“The GST is basically a complete overhaul of the existing tax system. If the new tax law is passed, we will help Indian enterprises make the transition to GST. We will provide them the software to support the new compliance requirements.”

But it is easier said than done; the GST’s effect on the Indian industry will have to be assessed before reaching a conclusion on its impact on businesses. Looking at the radical nature of the reform, it’s best that the GST is tried out in a phased manner.

With more than 10 years of experience in the field of journalism, Muqbil Ahmar, is a Technology Evangelist at Deskera, the leading business software company in the Asia-Pacific region. Armed with an M.Phil in Science Policy Studies, he looks at technology from the prism of society.