The Delhi High Court on Monday, condemned Twitter and asked the social media company why they chose not to take action against a user who had posted obscene content about a certain Hindu goddess. They then accused the company for not being sensitive for other ethnicities around the world and primarily being American centric.

According to the Delhi Court, if Twitter can remove Donald Trump for offending a sleuth of people, the company can do the same with the account that has been disrespecting Hindu gods.

The user in question that recently came under fire goes with the handle – AtheistRepublic. The account took the limelight of the controversy by posting about Maa Kali, the Hindu goddess of death, time and change. 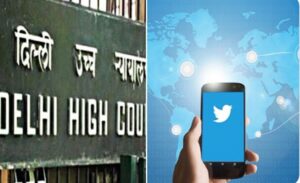 Two HC officials put Twitter on blast by stating that their decision eventually comes down to whether their people are offended or not. If they are, the posts are removed and the accounts are suspended or even banned; if not they turn a blind eye to it. Twitter couldn’t care less about how the rest of the world and other races react to various topics and only care about their own agenda. They went on to say that if it was any other major religion involved, Twitter would have swiftly taken the content down and even removed the user from their platform.

The HC responded to this by questioning Twitter’s previous actions of removing a few accounts without any third-party involvements if those were rules. The court then instructed the social media giant, union government and AtheistRepublic to record their responses to the petitioner and took on record the Twitter user’s undertaking that for the time being, it would not allow any account to post any similar obscene content.

They also asked AtheistRepublic for an affidavit presenting the user’s name, status, location, and so on.

It seems as if the Indian judicial system is trying to set some boundaries when it comes to social media. Not everything can be said freely, and as India grapples with more people getting access to the internet and the increasing polarisation of religious matters, it is very difficult to predict how the freedom of speech on online platforms will evolve in India.