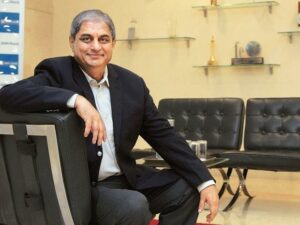 Sasidharan Jagadishan, Puri’s successor who took over the roles of chief executive and managing director of the largest private sector lender listed a salary of Rs.4.77 crore this fiscal year. This amount is including the payments as a group head till he took over the roles.

In the midst of these rather large sums, their rival ICICI Bank took a completely different approach. Apparently, competition can take up any form, even that of magnanimity and generosity. Because Sandeep Bakshi, Managing Director, and CEO of ICICI Bank chose to relinquish his fixed compensation for the fiscal year 2021, owing to the pandemic situation and its extensive impact on the financial sector. Seems like, Mr.Bakshi has taken the high road this fiscal year in contrast to his rivals. However, according to the second-largest lender’s annual report, Sandeep Bakshi did receive an amount of Rs 38.38 lakh as allowance and perquisites. This is in addition to the performance bonus which amounted to Rs.63.60 lakh. This amount was paid by the ICICI Prudential Life Insurance Company as part of the deferred variable pay for the fiscal years 2017 and 2018. Almost all the material risk takers of ICICI Bank chose to have a ten percent reduction in their salary payments from the first of May. This was in response to the critical impact of the pandemic on the financial sector.

In the case of Axis Bank, which is the third-largest private sector lender, there was no salary increment for the top management for the fiscal year 2021. And according to the annual report of Axis Bank, Amitabh Chaudhary who leads the bank was paid Rs.6.52 crore. All these instances show the adverse and draining impact that COVID-19 had on the financial sector. And the fact stands that it is not just the financial sector that suffered losses. The economy has been posed with a question mark ever since the pandemic struck. And finding a solution to lubricate the economy to ensure smooth running is still a task at hand.