A UAE and Europe based production company, MD Flim is all set to launch its special NFT against human violence and abuse. As per the reports, The Non-Fungible Tokens will be launched on the Rarible blockchain platform, with a 10% donation to UNICEF Child Protection and Dubai Cares.

Artists have joined this crucial social issue campaign as a result, and MD Films has released a teaser on their YouTube account.

The purpose is to raise awareness about domestic assault and battery, whether it be physical, emotional, sexual, or financial. As a result, a weekly series of nine videos dubbed “Unlock Secrets” will be released. The nonprofit foundation for “Education in Emergencies,” will present a block of anti-abuse videos.

The goal of this series of movies 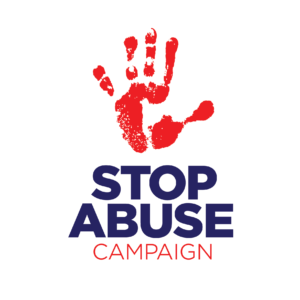 MD Films explained that the goal of this series of movies was to send a message to the public. They feel that speaking up and Unlocking Secrets is the best approach to get out of an abusive situation.

Every minute, twenty people in the United States face physical abuse by an intimate partner, according to the National Coalition Against Domestic Violence (NCADV). Domestic violence victims, for the most part, do not seek support from others. As evidenced by data from the United Nations, global numbers are even more terrifying. One in every three women in the globe is subjected to physical or sexual violence, the majority of which is perpetrated by an intimate partner. Particularly during the pandemic, cases have grown more noticeable.

MD Films Founder Maria Danke stated, “We seek to leverage the flood of digital life as an opportunity to make our impact on stopping abuse and violence as a method to assist reduce these frightening numbers.” We hope to use the opportunities provided by NFT art to address the issue of abuse, which is very important to us. The ability to talk about abuse is the first step in preventing it in society.

Maria Danke is a Ukrainian Writers’ Union member and a graduate of the Los Angeles Film Academy. For over ten years, she has worked as a film director and producer for European and Middle Eastern enterprises, where she has amassed a resume of outstanding cinematography and won numerous honours.

what is this series about?

The series “Unlock Secrets,” based on extensive research, not only demonstrates the most commonly used phrases by abusers but also teaches victims the best responses to such situations.

Three unique NFT movies from the ‘Unlock Secrets’ series are currently online, with the rest to be released between now and July 31. Here are a few samples from the nine videos.

In video 1, an abuser states, “That will be our secret.” What is the answer? ‘All the mysteries are revealed.’

In video 2, an abuser says, “No one would believe you.” What is the response? ‘The truth will be revealed.’

In video 3, the abuser says, “Who pays is in command.” What is the answer? ‘You are welcome to pay, but I am not for sale.’

In video 4, the abuser claims, “No rape, only love.” What is the answer? ‘Love is a creator, not a destroyer.’

In video 5, the abuser states, “I’ll tell everyone that you did it.” What is the response? ‘The ramifications will be disastrous, but the truth will be mine.’

In video 6, the abuser states, “That’s your responsibility.” What is the response? ‘No one is to blame.’

In video 7, the abuser declares, “Victory at whatever cost.” What is the answer? ‘Not at the expense of my health,’ says the narrator.

In video 8, the abuser states, “I’m stronger than you.” What is the response? ‘Everyone has their own strength,’ says the narrator.

In video 9, the abuser states, “You’re nothing without me.” What is the response? ‘I’ve always been me,’ says the narrator.