Freshworks, a software startup makes move for an IPO

Freshworks, a software-as-a-service (SaaS) business managed by Girish Mathrubootham, has filed for an IPO in the United States. According to a filing with the US Securities and Exchange Commission, the business is aiming to fund $100 million. 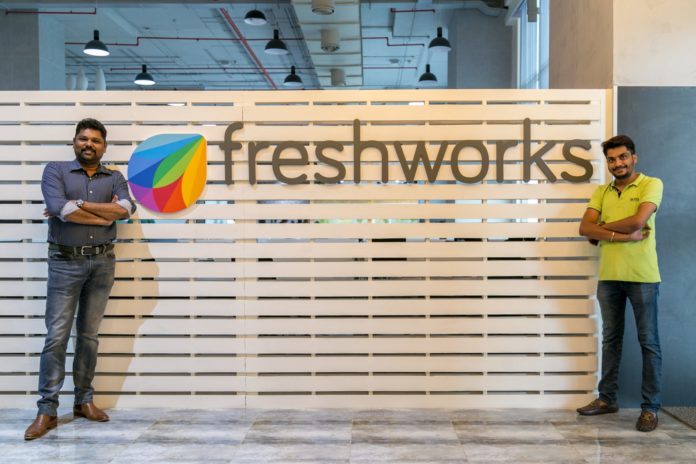 Morgan Stanley, JP Morgan Chase & Co, and Bank of America are leading the IPO. Freshworks is attempting to list its stock on the Nasdaq Global Select Market under the ticker FRSH.

Freshdesk to Freshworks, the journey

Freshdesk began its journey in 2010 as a helpdesk software for customer assistance, founded by Mathrubootham and Shan Krishnasamy. In June 2017, it chose to rename Freshworks to reflect the company’s expanding product package.

The firm was started in Chennai but relocated to Silicon Valley a few years ago because the majority of its clients were based in the United States. Although the firm is now headquartered in San Mateo, California, it still employs a significant number of people in Chennai, Tamil Nadu.

In the first half of 2021, the firm recorded a loss of $9.8 million, compared to $59 million in the same period of 2020. Mathrubootham compared Freshworks software to Apple’s iPhone in its IPO preliminary filings. Businesses shouldn’t have to use numerous technologies to connect with customers, he says.

“Before 2007, we all had several gadgets – I had a Nokia smartphone, a Garmin GPS, a Sandisk MP3 player, and a Canon point-and-shoot camera, to name a few… We were eager to abandon our devices in favor of a single product that provided a superior unified, intuitive, and enjoyable experience,” he explained.

Freshworks has collected approximately $480 million in nine investment rounds, according to data portal Crunchbase. Steadview Capital, Accel, CapitalG, Sequoia Capital, Tiger Global Management, and others have invested in the firm. In June 2020, the firm was valued at $3.5 billion.

“Project SuperStar was the secret name for our initial public offering, and it was named after Rajinikanth, Tamil Nadu’s most popular movie star. I want to thank him for being my maanaseega teacher and convey my thanks to him. There is no English word that adequately expresses what this implies. It’s a mentor; a mental role model from whom you may learn a lot by observing from afar. A SuperStar is a man who is adored and idolized by millions of people all over the world. He is a hugely successful man who is also humble and down to earth. “Thank you, Thalaivaa!” read the documents.