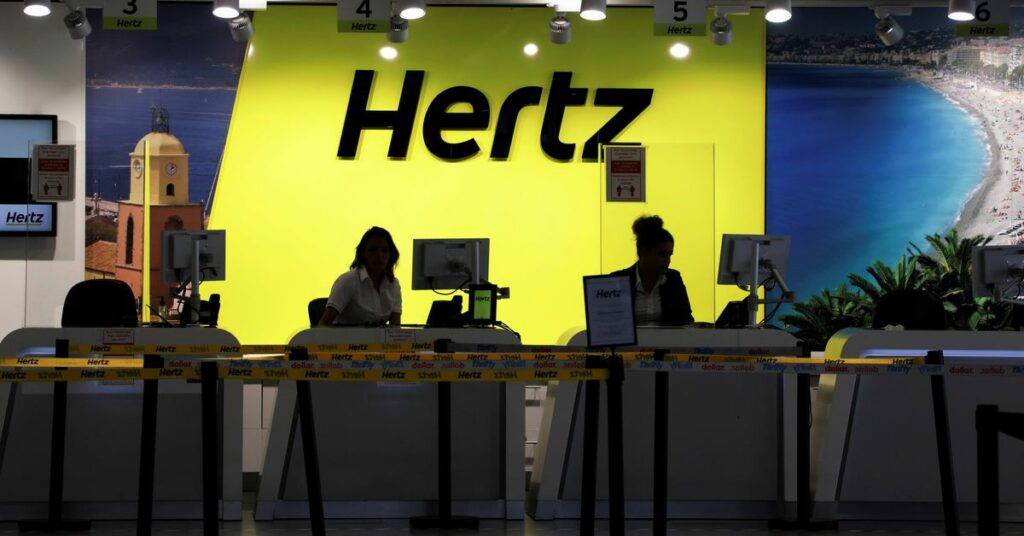 Hertz Global Holdings Inc., which is only four months out of bankruptcy, has ordered 100,000 Teslas as the first stage in an ambitious plan to electrify its rental-car fleet.

The vehicles will be delivered over the following 14 months, and Tesla Inc.’s Model 3 sedans will be available for rental at Hertz sites in key U.S. cities and portions of Europe beginning in early November, according to a statement from the rental business. Customers will have access to Tesla’s supercharger network, and Hertz is also developing its own charging infrastructure.

According to sources familiar with the subject who declined to be identified because the information is confidential, it’s the single-largest purchase ever for electric vehicles, or EVs, and represents nearly $4.2 billion in income for Tesla.

While automobile rental businesses normally seek steep discounts from manufacturers, the magnitude of the purchase suggests that Hertz is paying near-list pricing.

“How do we make electric vehicles more accessible to the general public?” That’s a critical component of our strategy,” Mark Fields, who took over as interim CEO of Hertz earlier this month, said in an interview. “Tesla is the only company capable of mass-producing EVs.”

The electrification plan, which will eventually include almost all of Hertz’s 500,000 vehicles and trucks globally, is the company’s first major endeavor since emerging from bankruptcy in June. And it indicates that Hertz’s new owners, Knighthead Capital Management and Certares Management, are determined to shake up an industry dominated by a few huge firms that are notoriously hesitant to move.

Hertz, which is now trading over the counter in preparation for relisting on the Nasdaq Stock Market, rose as high as 14 percent to $28.25 at 9:39 a.m. in New York. Tesla shares soared as much as 6.7 percent intraday, the highest since April 13, to a record $970.84, putting the automaker’s worth closer to $1 trillion.

By securing such a large portion of Tesla’s manufacturing – the order is roughly one-tenth of what the manufacturer can now produce in a year – Hertz may prevent competitors from replicating the tactic. Hertz is also deviating from precedent by paying full price for well-equipped vehicles rather than the standard base-model, significantly discounted sedans that clutter rental lots.

The talks with Tesla date back months, to when Knighthead and Certares were putting together an offer for the then-bankrupt Hertz, according to Fields. Furthermore, the connection between the two firms is not exclusive: Hertz may purchase EVs from other automakers, and competitor car-rental companies can order from Tesla as long as there is adequate capacity.

“We want to work with every manufacturer to help them launch EVs and drive this secular shift to electrification,” Fields said in the interview.

Based in Palo Alto, California Tesla did not respond to a request for comment, despite the fact that it is relocating its headquarters to Texas. Hertz’s largest car and truck supplier in 2020 was General Motors Co., followed by Nissan Motor Co. and Ford Motor Co.

Teslas, with zero tailpipe emissions, will appeal to rental clients looking for a green choice or those interested in trying out a battery-powered car. Hertz said that it has engaged Tom Brady, the seven-time Super Bowl champion quarterback, to appear in advertisements promoting the new Teslas. It has launched a special EV website with free charging till the end of January.

Fields, who was CEO of Ford for nearly three years until May 2017, see EVs as part of the company’s commitment to renewable energy. Teslas are also less expensive to maintain and refill than internal combustion engines, and they often lose less value in the resale market.

According to Fields, the charging network Hertz is constructing at its own stations will initially be for customers exclusively. Along with the Tesla launch, Hertz, the second-largest car-rental firm in the United States behind Enterprise Holdings Inc., is starting on a larger redesign of its business centered on mobility and digitalization. One aspect of this will be faster rental bookings on the Hertz app.

The latest twist in Hertz’s dramatic trip through the Covid-19 epidemic is electrification. When demand for rental vehicles fell in early 2020, the firm, which also owns Dollar, Thrifty, and Firefly, was forced to declare bankruptcy and begin selling its fleet.

Now, 17 months later, Estero, Florida-based Hertz is booming, owing to a strong comeback in tourism and a global lack of new automobiles. It has become a meme stock among day traders. According to an Oct. 15 regulatory filing, Hertz had $1.8 billion in cash as of June 30, and its debt-to-equity ratio, a crucial indicator of financial health, had improved to 2.4 from over 10 at the end of 2019.

Knighthead, a distressed debt hedge fund, and Certares, a travel-focused private equity group, won Hertz’s bankruptcy auction in May with a $6 billion bid. It already appears to be a steal: as of Oct. 22, the company’s over-the-counter market value was $11.6 billion.