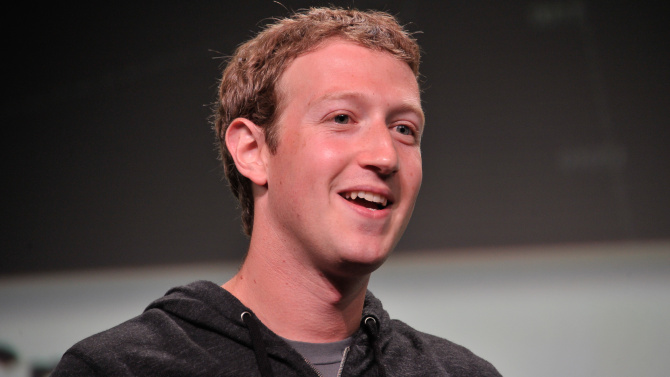 On Tuesday, Mark Zuckerberg answered a few questions on his Facebook page during his internet townhall. Here are some of the important highlights.

When Stephen Hawking  asked – I would like to know a unified theory of gravity and the other forces. Which of the big questions in science would you like to know the answer to and why?

Mark said – That’s a pretty good one! I’m most interested in questions about people. What will enable us to live forever? How do we cure all diseases? How does the brain work? How does learning work and how we can empower humans to learn a million times more?

I’m also curious about whether there is a fundamental mathematical law underlying human social relationships that governs the balance of who and what we all care about. I bet there is.

When asked about the AI Initiatives at Facebook, Mark said – Most of our AI research is focused on understanding the meaning of what people share.For example, if you take a photo that has a friend in it, then we should make sure that friend sees it. If you take a photo of a dog or write a post about politics, we should understand that so we can show that post and help you connect to people who like dogs and politics.In order to do this really well, our goal is to build AI systems that are better than humans at our primary senses: vision, listening, etc.For vision, we’re building systems that can recognize everything that’s in an image or a video. This includes people, objects, scenes, etc. These systems need to understand the context of the images and videos as well as whatever is in them.For listening and language, we’re focusing on translating speech to text, text between any languages, and also being able to answer any natural language question you ask.This is a pretty basic overview. There’s a lot more we’re doing and I’m looking forward to sharing more soon.

About what we can expect next from Internet.org , Mark said –  You can expect everyone to be connected in the future!We’re working on two main paths:First, we’re working on partnerships with operators to deliver free basic internet services around the world. This is already live in more than a dozen countries and more than one billion people can already access these free basic internet services. We have many more launches planned around the world as well.Second, we’re working on new technologies that can extend internet connectivity even further. The main three things we’re working on are drones, satellites and lasers. The idea is that in the future, we’ll be able to beam down internet access from a plane flying overhead or a satellite flying way overhead — and they’ll communicate down to earth using very accurate lasers to transfer data. We’ve already talked about some of our efforts in these areas, and we’ll have even more to share soon.This work is very important because internet connectivity brings jobs, education, health and communication. Research has shown that for every 10 people connected, we can raise roughly 1 person out of poverty. So through this work we can potentially raise hundreds of millions of people out of poverty around the world. A more connected world is a better world!

When Arnold Schwarzenegger asked – Mark, I always tell people that nobody is too busy to exercise, especially if Popes and Presidents find time. You’ve got to be one of the busiest guys on the planet, and younger generations can probably relate to you more than they can the Pope – so tell me how you find time to train and what is your regimen like? And by the way – will the machines win?

Mark said: Staying in shape is very important. Doing anything well requires energy, and you just have a lot more energy when you’re fit.

I make sure I work out at least three times a week — usually first thing when I wake up. I also try to take my dog running whenever I can, which has the added bonus of being hilarious because that basically like seeing a mop run.

And no, the machines don’t win 🙂