Hilarious Memes Make Their Entrance As Twitterati Comes Up With “How To Avoid Drama On Twitter.”

Twitter has got yet another reason to look forward to hilariously funny memes. A new hashtag is trending on Twitter which is #HowToAvoidDramaOnTwitter.” The topic is a bit ironic and paradoxical given that we are talking about a social media platform that bears witness to the most outrageously dramatic outbursts and conversations. Let’s not forget the Twitter war between Whatsapp and Telegram that cracked up almost everyone not so long ago. However, it is always prudent to be innovative and be a step ahead. And if there is some way to avoid dramatic situations the why pass the opportunity. That is exactly what Twitter town did. 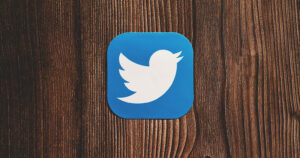 It will not be much of a surprise that the discussion about how to avoid drama on Twitter soon turned into a hilariously dramatic meme fest. So much for staying fixed on the topic. The flood of memes and jokes makes one wonder if the hashtag was created with the specific aim of kickstarting another chain reaction of memes. And soon enough with the memes on the rise, it made a dramatic entry into the trending list on Twitter. 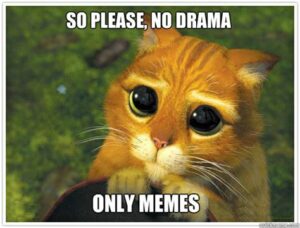 And must say, some of the techniques and tips suggested for avoiding drama are quite handy and worth a shot, although they tickle your funny bone quite hard. However, the more important and crucial question is who exactly on Twitter wants to avoid drama. Because when all is said and done, the very first platform to open doors to dramatic outbursts is Twitter. No matter what happens, whether it be a serious issue or a mere joke, memes and entertainment never halt. It will not be an exaggeration to say that over such a short time Twitter has grown to be the trademark spot for memes and reactions(and drama, which we are obviously trying to avoid in all earnestness.)

The Tips In The Form Of Memes

The way Twitterati reacts with memes to any issue at hand makes one wonder if memes have grown to become the medium of conversation on the social media platform. A prospect that is not quite bad after all. What harm can a set of memes do? Ever since the hashtag caught the attention of Twitter users memes started to flow at a pace that is natural to the Twitter meme maestros. Here are some of the hilarious memes from Twitter. Perhaps it is time to take some notes.

More brilliant tips are on the way.

If ambiguity is what the person was aiming for, they have achieved it with success.

#HowToAvoidDramaOnTwitter reply with funny cat gifs to the tweets you don't agree with and don't explain why. pic.twitter.com/hzhXYaRuwR

Why are cats brought to this discussion by the way?

A very valid and legitimate question.

#HowToAvoidDramaOnTwitter … It's Twitter. Everyone is here to take part in, create, or watch the drama. pic.twitter.com/0wDfL7sJXJ

Signing off with yet another cat meme. Perhaps cats are not very dramatic after all.