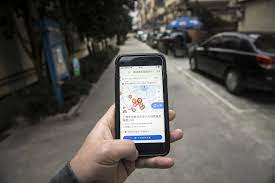 Homeland Security is tracking US citizens by using data on phone location.
Source: The Washington Post

The Department of Homeland Security is reportedly purchasing accesses to location information of the numerous smartphones of various citizens of the US. This was disclosed by documents unreleased before, and now brought out by the ACLU- American Civil Liberties Union. As earlier reports specified, several segments of DHS bought the data without consent. The Customs and Border Protection and Immigration and Customers Enforcement were part of this.

Responding to this, ACLU went on to file a request with the Freedom of Information to CBP, ICE and DHS, going on to file a lawsuit afterwards. As the litigation goes on, a decision came from the union to make all the collected records public. These include the ones from the three bodies, along with US Coast Guard and offices existing in the headquarters of the DHS.

DHS, as shown by the records, made use of a large amount of taxpayer dollars for purchase of the data, mainly from brokers Babel Street, along with Venntel. Turns out, law enforcement can make use of the information for the identification of phones focussed on locations often visited, frequent visitors, discovery of life patterns, along with places of interests.

An internal document from 2018 included the proposition of the use data from Venntel for identifying illegal immigration patterns. Additionally, another request was from local police to DHS asking for analytics of such connected to overdoses of opioid in their jurisdiction.

How is the data used presented?

Mainly, the paperwork characterising location information simply as “digital exhaust,” that is stuck to a numerical identifier. However, it does not include personally identify  information. Essentially, this conceals the point that digits are linked to identity data. Alongside, it is established by data brokers that users of these devices often reveal their location voluntarily while consenting to permission for GPS data.

However, users are seldom sure of exactly how many applications collect such data, and they don’t expect such information to be sold. In fact, even employees at DHS expressed concerns over the buying of such data owing to the goal being so explicit. Evidently, such usage of the concerned information comes across as an evident breach of the Fourth Amendment.

Resultantly, the ACLU is pushing the Congress to pass a bipartisan proposal from 2021- the Fourth Amendment Is Not For Sale Act. The government would be required by the bill to gain warrant prior to the collection of data from data brokers.