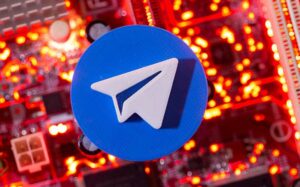 In a first, the Privacy Commissioner for Personal Data is hinting at invoking regulations for the restriction of access to such a service. These local reports from Tuesday, May 17 suggest that the platform was found to be rampant with doxxing i.e., online disclosure of sensitive and private data. This extensive doxxing was targeted at government officials, along with citizens.

In case the action is actually taken, it could possibly generate fears about national security legislation enacted in the year 2020 would further intruding on civil liberties. This is as part of a constant effort from Beijing to force its influence on the city. Moreover, the reports comes just days following the appointment of a new leader who is an active supporter of national security law imposed by China.

In past years, an overhaul of the city’s political institutions has led to the crushing of Hong Kong’s pre-democracy movement. Along with it, powering warnings of a suspension to its status as a free wheeling commercial centre. However, the representatives till now have similarly avoided curbs internet, like China. Which, in turn, is experienced a ban on foreign sites us Facebook, Twitter, Google, etc. under what is referred to as the Great Firewall.

Telegram supports free speech and the right of users to protest peacefully, a representative for the company said. “However, content that discloses personal information without consent (doxxing) is not allowed and routinely removed.”

Currently, it is rather unclear as to how the privacy watchdog plans to carry out the blockage for it often requires the cooperation of local service providers. They declined to comment on the local newspaper’s report, but stated it holds the power to block public access to messages on any services it considers doxxing.

In case the city goes ahead with it, it would come across as the latest in a series of steps by authorities to take actions against doxxing. This is following the release of details on police officers, and other public official in 2019. Last year in September, Hong Kong empowered laws on data privacy in order to control doxxing, a step that scared major tech companies.