Doxxing occurring in the platforms of Facebook and Instagram became prevalent. Their parent company, Meta took up to advise them to provide protection to its users.

Safety concerns on social media platform is not a new problem. It has been existing since its very juncture and comes up in different forms. Doxxing is the act of searching and sharing of private residential addresses to cause harm or shame. Currently, it has become a major issue.

Parent company, Meta came up with new recommendations this week, instructing the companies to boost up its policies. These would work towards protecting their users from being victims of doxxing. 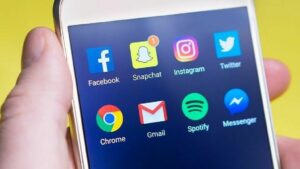 During such an exposure, the harm was listed as ‘difficult to remedy’. This indicated that once some private information is out, it is near impossible to remove it from the internet. Owing to the phrase ‘nothing is ever gone from the internet,’ the Oversight Board advised Meta to get rid of the exceptions. Newer and a more secure ‘privacy policy’ is called for due to the unique risks it posed.

The Oversight Board wrote, “Once this information is shared, the harms that can result are difficult to remedy. Harms resulting from doxxing disproportionately affect groups such as women, children and LGBTQIA+ people, loss of employment and even physical harm or death.”

Various loopholes and exceptions may occur during the implementation of the new rules. News focussing on a particular residential area or locality may be compelled to post imagery of private houses. But despite its importance, the Board urges Meta to avoid doing so, unless it involves government residences. Protests occurring near official residences of federal and government leaders maybe covered, depending on the amount of security.

Many commented on how Meta should take charge to weigh the impact on the people whose information maybe publicly posted. They should prioritise and act accordingly when an affected user claims to be facing high amount of risk in their residential area.

The step taken by the Oversight Board proves to be vital for the safety of social media users. Doxxing issues occurring in cases of celebrities such as Lady Gaga, Kim Kardashian and JK Rowling shows the damage it can cause.

It is essential that celebrities, along with general public and journalists, get their share of privacy without being victims of continuous doxxing.