How AI is impacting the future of gaming? 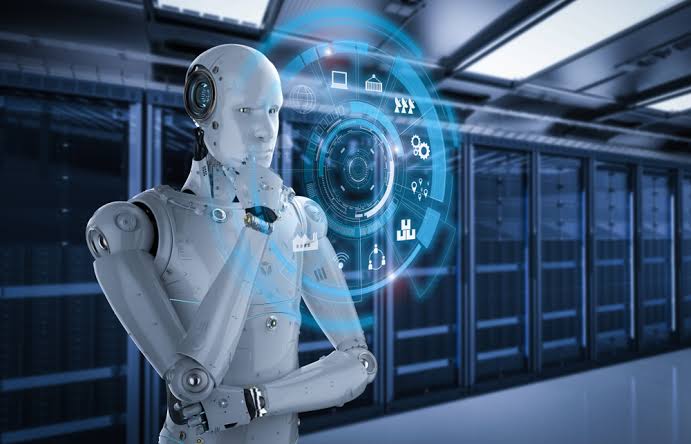 The video games have changed the way they used to work earlier with AI and it will change even more in the future. Most people might think artificial intelligence is the future of technology. When the developers of AI think about it, they always look it at a grand way imagining that the machines will learn the skills and be able to transfer the same to another task just like that of humans. Many casino games developers are also using AI to make their game more interesting.

Machines can also make decisions like humans without any input given by mankind. When the developers of a game think about artificial intelligence, they think different out of the box like the decision-making process of the non player characters (NPC) which has been derived from algorithms in various games like Grand Theft Auto, red dead redemption or the Skyrim.

The use of artificial intelligence in gaming is nothing but a collection of set of rules which will be followed by the computational agents in order to respond to the external stimuli. There are set of sophisticated rules that feature in a modern game and the NPC’s will be trying to advance the storyline which, in turn will disturb the actions of the game players. The artificial intelligence focuses mainly on developing the algorithms which can imitate the human behaviour.

AI has been used in various video games since 1951 like checkers, chess and Nim. It has also been proved that machines can outperform multiple calculations in a very short period of time when compared to the human brain. Certain developers are getting training on artificial intelligence in order to play video games so that they can manage to transfer the skills to the real world where the AI of video games can be used to train more of artificial intelligence.

The following are the various ways AI is making a great impact over video games:

It creates behaviour for agents in a game, for non player characters (NPC). It means what the characters over the screen will be doing, etc. This is what which puts life into any game. AI can be seen when one picks off NPC and other become twitchy and alert. It can also be used to know one’s location. With good and right AI, one can enjoy and inhabit a wonderful gaming experience. In the same way if there is poor AI it might result in wrong behaviour of NPC’s which do not follow any one rule and might lead to a door collision. It also leads to immersion breaking experience while playing the game.

2. AI has the ability to change the play style on fly:

Certain video games will react according to the skill levels of the player. Based on how well one does, the adaptive AI reduces the difficulty levels of the game either up or down to provide you greater challenge as and when required so that you don’t quit playing the game in frustration. It can also get adapted to the playing style of the player while making it more exciting. A noted researcher of AI and game developer said that director will actually focus on the players and trace their stress levels whether they are lower than others or not.

3. It can improve the old games look

With the help of artificial intelligence one can also improve the way the old games used to look. Generally, the old video games face the bad scaling algorithms and the jagged textures when they have been played over the modern monitors. For this problem the traditional solution is the anti aliasing. Most of the graphic cards do support various multiple algorithms like MSAA and FXAA that helps in up scaling the low-resolution images into the ones with more pixels. Through machine learning AI up scaling can be used to improve the quality of old games. Programmers were able to successfully generate new and high-resolution art which gives more details. Certain tools like the ESRGAN, NVIDIA’s can be used to refurbish the favorite games of their choice.

4. It can also create the game levels on the high

The procedural generation do not include response to the actions of the player and it’s not based on the technical AI. When the AI model has been created according to the behaviour of the player and their preferences, it will create the in-game experiences which are actually based on what the individual would enjoy. Sometimes one may experience the new town which they didn’t think existed nor had seen it before. It has all been created according to the interest of the player. Some may like shooting, few horsebacks racing etc. but you might not be well versed in it. So, it doesn’t give you very hard challenges.

5. One can learn from AI

The video games have created and made great improvements in AI. Many academicians are of the view that the video games are helping the next generation so that they can get well engaged with AI. He also said that the best motivation tools in the games will be created by the use of AI. Starcraft AI helps the students in a great way and motivates them by making the cell phones get turned off. Humans are actually learning the gameplay through AI. According to Temple Gate’s Duringer, AI can actually provide you with great novel strategies which are actually very good and useful for humans as they have human bias.

6. It also improves the life outside the game

Certain researchers are also deriving the algorithms from GTAV software so that it can be used in burgeoning self driving sector. But releasing the AI controlled vehicles directly on to the roads can be very expensive. Hence it has got limited scope as it might cause several accidents while training AI, as it may lead to dangerous collisions. But it can be used in video games as it can substitute the real city life situation from where one can experience and learn. So, it actually helps us to train AI that hitting pedestrians isn’t the right way without actually hitting them.