How to block spam calls on Android

For years, mobile spam calls have been an annoyance. I get four to six robocalls each day, and a simple poll of friends reveals that I’m not alone. Every new day comes a fresh bombardment of information. 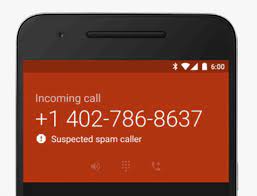 Robocallers have improved their game by disguising their spam with real-looking phone numbers from the area. Their foolishness can be funny at times, such as when you get a threatening voicemail about your impending arrest for unpaid back taxes, but it’s an unwanted distraction the great majority of the time. It’s all too easy for these con artists to take advantage of the internet’s strength and make a slew of calls. Even if only a few individuals fall for a con, they’ve generated enough money to cover their costs.

ONE BY ONE BLOCK INDIVIDUAL NUMBERS

If you want to totally eliminate robocalls, this is probably a futile effort, but if a certain number continues calling, it’s quite simple to ban it from your iPhone or Android phone for good.
On Android: go to the Recents area of the Phone app, long touch on the annoying number, and select “Block / report spam.”

TRUST OR PAY YOUR CARRIER TO PROTECT YOU

The majority of major cell carriers have taken efforts to put themselves between you and these obnoxious calls. They’ve accomplished this through behind-the-scenes network upgrades, such as the new SHAKEN/STIR technology, which allows carriers to check when a call is real and weed out the numerous faked numbers you’re likely receiving from your own local area code. In truth, such calls are most likely originating from all over the world, but robocallers may easily mimic local numbers.

A Call Protect Plus service is also available, which includes caller ID, reverse number search, and the option to block or send calls to voicemail by category. These extra services are $3.99 a month, however the core Call Protect service is included in your unlimited plan and is free.