How to buy DESO

The year 2021 has seen a surge in the value of digital currencies. While several cryptocurrencies have achieved new highs, more have entered the market following initial coin offerings. Investors have also praised cryptocurrency for the rewards it provides. 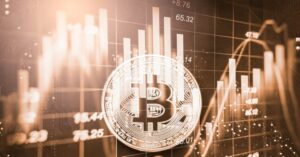 Even though Bitcoin and Ethereum are the most well-known cryptocurrencies, there are a number of other meme coins and digital assets that have garnered popularity in the market in recent quarters. Bitcoin (BTC) gained around 66.17 percent YTD, while Ethereum (ETH) gained 421.57 percent YTD.

The native coin that drives the blockchain platform designed to allow a wide range of decentralised social media applications, Decentralised Social (DESO), is now accessible on Coinbase. According to a blog post, Coinbase clients may now trade, transmit, receive, or store DESO, as well as use it to buy “social tokens” and non-fungible tokens (NFTs), as well as create profiles and posts for Decentralized Social apps. The layer 1 blockchain project intends to give social media apps with scalability for up to a billion members.

DESO operates on the Ethereum blockchain with a token-based architecture. This implies that DESO tokens may be traded between peers and used to pay for network microservices like uploading content, tagging other users, commenting, and liking postings.

DESO tokens can also be used to incentivize user behaviour that benefits the network or to get access to specific capabilities inside the DeSo network. For example, when a particular amount of comments are posted by various network users, those people can spend their DESO Tokens to unlock the option to make polls inside their postings.

Decentralized social networks differ from popular ones in that they function on separate servers rather than a centralised server owned by a single business. One example of a decentralised social network is Mastodon. It is built on open-source software and behaves similarly to Twitter. Steem, which operates on a social blockchain, is another example. Data entries may be kept on servers located anywhere in the globe thanks to blockchain technology. It promotes openness by allowing everyone to access the data in near real-time.