How to buy Voyager Coin

Bitcoin may be the reigning champion of cryptocurrencies, with its price lately shooting back up after a summer slowdown, but it is far from the only participant with a stake in the game. Altcoins such as Voyager Token (VGX) are worthwhile assets to consider adding to your cryptocurrency wallets. Because altcoins have far lower market capitalizations than Bitcoin, there is a greater opportunity for profit –– but also a bigger threat. 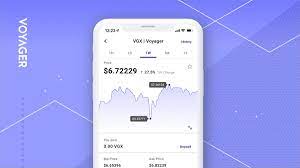 Voyager Token is the native token of the Voyager cryptocurrency exchange, which is a commission-free cryptocurrency trading platform. Voyager rewards users inside the wider Voyager ecosystem with VGX, while this cryptocurrency is also available through a number of other brokerage platforms, with a concentration on mobile-based apps.

Voyager customers who buy and keep VGX on the Voyager platform can earn up to 5% interest on their cryptocurrency balance. VGX, like many other exchange-native currencies, incentivizes consumers to use the brokerage system in which it resides.

Voyager Token was renamed from Ethos (ETHOS or BQX) to VGX in October 2019, as revealed by Voyager CEO Steve Ehrlich. Voyager Token is still listed as BQX on several exchanges.

VGX rallied during January 2021 as a result of a slew of mergers and acquisitions that expanded the Voyager platform’s reach at no cost to the crypto trading exchange. As a result of these movements in January, VGX gained more than 600 percent.

In mid-February, Voyager also launched its new user Loyalty Reward Program, providing users with even more incentive to acquire and trade VGX on its exchange. In addition to the substantial user benefits presently available to traders who purchase and trade VGX through the Voyager brokerage environment, Voyager has ambitious ambitions to extend these offers. Voyager devotees will soon be able to earn cash and have access to other beneficial futures.

Opening a Voyager account is the most straightforward way to purchase Voyager Token, while it is also available on other exchanges. Setting up a Voyager Trading Account is similar to opening a brokerage account. You’ll be up and running in four simple steps:
1. Go to the Apple App Store and download the Voyager app.
2. Fill up your user registration form with basic information such as your name, email address, and phone number. At this moment, you may instantly use the Voyager portal to explore the markets, financial news, and the variety of cryptocurrencies offered by Voyager.
3. Open your Voyager Trading Account – you’ll be prompted to submit the essential information necessary by any regulated financial institution.
4. Connect your bank account and begin trading. Go to User Icon > Bank Agreements, connect your bank account, and send at least $10 to your account, and you’re in!

Nobody can access or use your coins, unlike banks, where your savings are leased out to others and utilised by the bank to create profits. This is where a bitcoin wallet comes in. When you establish an account on an exchange, such as Voyager, your coins are held in an exchange-hosted wallet.

However, this places the private and public keys — which are used to protect, access, and transmit Bitcoin — in the hands of the exchange rather than you. Consider employing a hardware wallet or software wallet as an additional layer of security. This is where you will save the public and private keys that will allow you to control your crypto assets.

The Ethereum network is home to the Voyager Token (ERC-20). This implies it may be kept in any wallet that accepts ETH.

After you’ve made your initial deposit into your Voyager account, purchasing VGX is as simple as a few swipes and clicks. First, go to the Market Screen. Scroll down to VGX, then click “Buy VGX” and enter the amount you want to pay. Then, ta-da!, slide the “Slide to Buy VGX” banner and you’re done! You have successfully acquired Voyager Token.

Because Voyager is a publicly traded firm, investing in both the platform and the coin — while receiving interest on your crypto balance — is a viable enterprise to explore. Voyager plans to use its Smart Order Routing technology to further democratise their crypto trading platform. This maximises chances created by price differences between crypto exchanges and list prices, allowing cryptocurrency investors to better capitalise on their trades.