Garena Free Fire is amongst the most popular battle royale games on the market right now, and it’s been a hit since its release three years ago. Garena Studios created and released the popular video game, which is accessible for both iOS and Android smartphones. 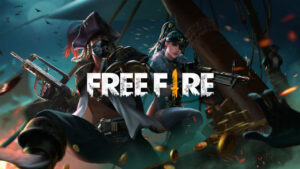 Each Free Fire game is just 10 minutes long and takes place on a desolate island where you are opposed against 49 other players who are all trying to survive. After falling from the plane with a parachute, each player gets to select their starting position on the island. The goal is to stay in the safe zone and survive until the game ends in order to win.

While the game is a smash sensation on smartphones, Free Fire can also be played on laptops and PCs owing to its excellent gameplay.

As a result, players may enjoy their favourite game directly on their laptop. Free Fire does not have a native version for desktops, but you can use the BlueStacks software to play the mobile version on your pc screen. So, before you actually play Free Fire on your laptop, make sure you have the most recent version of BlueStacks installed.

For Windows and Mac, BlueStacks is a popular Android emulator. You can use BlueStacks to run almost any Android app on your computer. BlueStacks generates a virtual Android device on your desktop pc in a window. It doesn’t precisely appear as  an Android device, but it’s close enough to a phone’s screen that even a novice user should have no problem using it.

BlueStacks is available for free download, installation, and use. While BlueStacks can run nearly any Android app (it’s compatible with roughly 97 percent of the Google Play Store’s apps), it’s most popular among Android users who want to play mobile games on their desktop computers.

Follow these simple steps to get Free Fire on your laptop or PC: