How to enable Snapchat’s dark mode on your iPhone

As of late, many social media applications have included a new feature called “dark mode.” This essentially allows users to change the colour of their app’s interface to darker tones instead of bright ones. Many apps, such as YouTube and Twitter, have been using this feature on both their mobile and PC versions. Not only is it slightly easier on the eyes due to the decrease in brightness, it only significantly saves battery life. Some people even find it more aesthetically pleasing.

For a long period of time, Snapchat was one of the few mobile apps that lacked the dark mode. However, since last year, they have begun to make it available to iPhone users. Most iPhone users will now be able to apply Snapchat’s dark mode, but unfortunately, it is still not possible for Android users to do so. 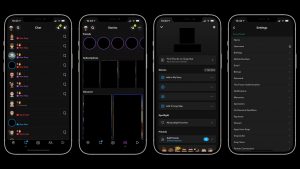 To check if Snapchat’s dark mode is available on your iPhone and to how to enable it, use the following steps:

Gadgets 360 was able to include dark mode on Snapchat for iOS version 11.26.1.35. This is the most recent update that is available for download through the App Store. But as of yet, it is not clear whether users will need to install the latest version on their Apple devices to experience the dark mode, or if it is only a change in the app’s server.

In the near future, it is expected that Snapchat will include this feature for Android users. Until this, users can manually use dark mode by using the developer options on their Android smartphones.