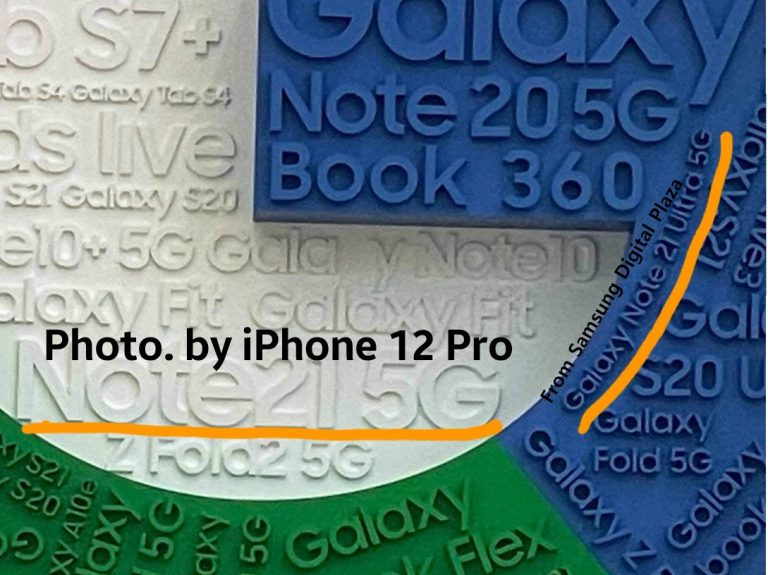 In March, Samsung announced that it will not be releasing a new Galaxy Note smartphone this year. Several fans of the Note series were devastated by the release, which was predicted due to several previous leaks. However, a picture circulated on the internet is giving fans hope that a Galaxy Note21 will be published.

The image is of a mural that was allegedly shot outside a Samsung store. The Samsung Hongdae Mega Store, one of Samsung’s largest stores in South Korea, has been verified by a Twitter user. The names of many Samsung Galaxy brands are written on the mural, which features a big Google “G” logo on a white backdrop.

I got a picture from an acquaintance.

It seems that the existence of the Note21 / 21 Ultra was confirmed in the sculpture of a large Samsung offline store that opened yesterday.

maybe Note is not dead. pic.twitter.com/u9F5YCn4fI

While all of the products mentioned above have been launched, there are two devices in the picture that have yet to be announced: the Galaxy Note21 5G and the Galaxy Note 21 Ultra 5G. The presence of these two smartphones on the mural has sparked hopes that Samsung will release new Galaxy Note phones in the near future.

Others, on the other hand, conclude that regardless of what the picture reveals, the series is gone.

Samsung is unlikely to release the Galaxy Note 21 series this year. We haven’t heard anything about the phones’ growth, and given that we’re less than three months away from their release, it’s safe to assume they’re not in the works.