How to fix the Poco X2 camera

In the first few months 2020, the Poco X2 was launched in India, and was the brand’s first budget smartphone in the country. It attracted hundreds of thousands of customers. It was initially considered as one of the best phones in its segment at that time. However, as of late, users have begun to complain about failing cameras on their devices. The company has now acknowledged the issue and provided some solutions for those customers who were facing this problem. 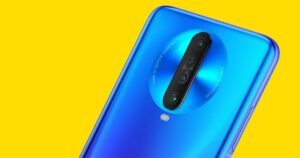 Poco India used the form of a statement on Twitter to acknowledge the error on Poco X2’s camera, but maintained that a mere 0.2% of the users had reported the fact that they were facing the issue. Both a software and hardware solution was offered, so owners could try to fix the phone themselves without having to visit a service centre, which can prove to be tedious in such uncertain times. For most users, the former method should be enough.

According to the statement from Poco, the issue is a result of a software bug for the majority of users who reported the problem, and resetting the app should work. To do so,  head to Apps under settings, and clear all of the data of the Camera app. Once it has been deleted, restart your Poco X2, and the application should be restored to a functioning state.

If the issue does not get resolved using this method, then it is highly likely that what you are experiencing might be a hardware-level problem. In order to report this, use the Services & Feedback app on your device to upload device usage logs under the camera section. This will directly send a detailed summary of your phone to the company, who will be able to check your request. Keep the feedback ID stored once you have reported it, as that will help them understand what exactly the problem is.

Following this, users will be required to visit a Xiaomi service centre, where the executives who are present will already know how to fix the Poco X2’s camera. To prevent any crowding, which is ill-advised given the current situation, it is recommended that you book a prior appointment from the official website, which can be found here.

In a surprising turn of events, Poco also mentioned that a certain segment of users was bricking the cameras on their smartphone on purpose and was hoping to get a free replacement. Such owners could possibly face legal action from the company.