How To Get Gold Mario In Mario Kart 8 Deluxe 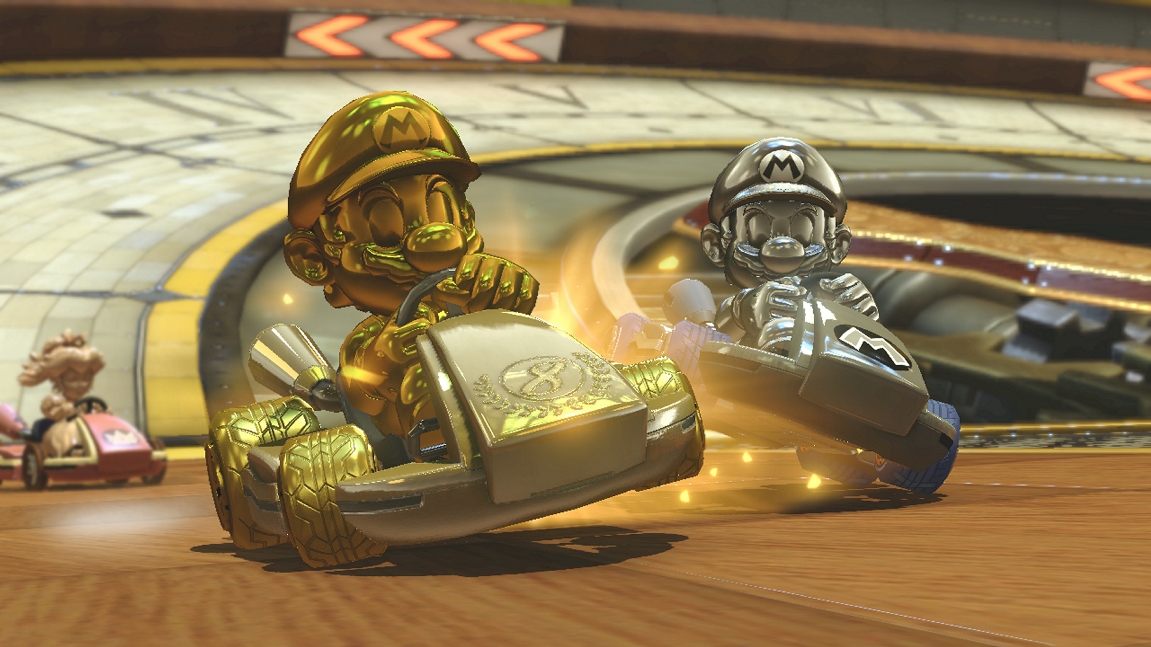 While Mario Kart 8 Deluxe does indeed add several new characters right out the gate, the one that you need to unlock is the Gold Mario, which is basically a variation on the Metal Mario. If you manage to place in first place on each of the 12 cups, you unlock Gold Mario in Mario Kart 8 Deluxe.

To unlock the shining Mario in Mario Kart 8 Deluxe, you must win each Cup from the Grand Prix Mode, which is in the 200cc mode, except for a new DLC Cup. To unlock him, first, you need to go through Grand Prix cups for 50cc, 100cc, and 150cc as normal in order to unlock 200cc races. To unlock the Golden Mario, you will need to win every trophy at a Grand Prix at a 200cc race. Players can play races and battles, both solo and with friends, to unlock new, interesting items automatically, or can face tougher challenges to unlock gold items such as a gold standard kart, gold wheels, gold glider, and gold Mario, which serve as the player’s achievements.

Whether players simply want more characters and courses to play, or want to target coveted gold items, understanding the steps for unlocking things will help players make even more out of Mario Kart 8. Apart from Golden Mario, there are 3 more parts that you unlock on your Wii or Switch. You don’t need golden Mario to unlock these.

If you want to start Mario Kart 8 Deluxe with previously locked characters, you can choose from Baby Rosalina and Grown-Up Rosalina from Super Mario Galaxy, Koopalings Iggy, Roy, Larry, Lemmy, Wendy, Ludwig, and Morton, Toadette, Laikitu from the overall Super Mario universe, Pink Gold Peach and Metal Mario metallic versions of classic characters, and Mii. Mario (Gold) is an unlockable outfit that is available in Super Mario Maker, and he makes a cameo appearance throughout these additional Mario games that most of us missed.