How to get the Gmail, Calendar, Google Drive icons back on Android, iPhone and Chrome?

We’re all aware of how Google has been experimenting with its icon of most popular apps for some time. For smartphone users that are mostly owned by Google apps, waking up to different icons is quite frequent now. Now for some of them, ignorance has actually become bliss, but the others, they hate it. If you are one of the users who believe ‘Old is Gold’ in terms of Google logos, this blog post is definitely the webpage for you. Here we will tell you how to replace Google’s new icons for Gmail, Calendar, and other apps with the old logos. 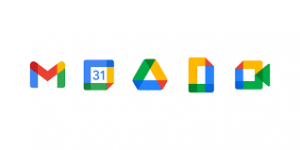 Let’s first know why did Google change the Gmail logo?

It might have been hard to miss the new change Google launched with its logos. It was all fine until one morning you wake up to realize that your old google apps logos aren’t the same. Google evidently replaced the old icons with new designs that cover every color of the company’s signature colors. If you conduct a survey, you will conclude that a whole lot of people aren’t really happy with the news.

Looking at it technically, there is no way to go back to the old apps permanently. But here is a relief, some users can make their way back to the older version. However, you might want to recheck with the fact that when you do so, it won’t last forever. Additionally, switching back to old versions may also break some functions.

Here is how to change the Gmail icon

If you’re an Android user, changing the Gmail icon on your device is a pretty easy task following a few easy steps. It’s a blessing from Google itself that allows you to completely change your home screen with other features too. Third-party launchers offer a special type of app that will help you do so.

For this part, let’s focus on how to change Gmail, Meet, and Calendar specifically app icons.

The first step is to download the app ‘Nova Launcher’ from your device’s play store. There is a paid version too available for this app. However, you don’t really need a paid version to switch the apps. Once you have this app on your phone, all you have to do is set your home screen the way you like. Later on, long-press the icon you wish to change and tap on the edit option that appears from the pop-up menu.

Later, tap on the Gmail icon to switch it from the icons installed on your device. For your comfort, there is a list of icons available from the old version with Nova’s default icon shape.