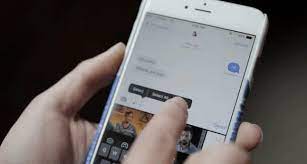 Most of your gadgets can handle picture-in-picture, which means you can keep watching YouTube, Twitch, Netflix, FaceTime, or any other video stream while doing anything else. Here’s how to set it up on your mobile devices, tablets, desktops, and media streaming devices.

Picture-in-picture works more or less automatically on newer Android versions, as long as the video app you’re using is made to support it. If you start viewing something on Netflix and then return to the home screen, the video will play in a tiny window in the corner of the screen.

If this doesn’t work for the apps you’re using, you’ll need to dive deeper into the app settings or conduct further research. The picture-in-picture option in the YouTube app is only available to Premium subscribers, so if you’re not paying, the tiny player will not display. When watching movies on Google Chrome for Android, you must first switch the video to full screen mode before returning to the home screen to see the smaller window.

Simply press the picture-in-picture button on the video playback screen on iOS and iPadOS—the it’s one with two rectangles and an arrow suggesting the movie size will reduce. This returns you to the app you were in before the video began, but the video continues to play on top.

Any Apple app that plays video, as well as every third-party app that has integrated the functionality (which is most of them), should have a picture-in-picture button; it’ll also display in Safari when you start playing a video in the mobile browser. YouTube has recently started testing picture-in-picture compatibility for iOS and iPadOS, but exclusively for YouTube Premium members at the time of writing.

Because Windows is built on windows (as the name implies), getting a video to play in the corner of the screen is simple. However, there may be instances when you want to pin a video to the top of the screen and dock it to one corner. You can accomplish this in the built-in Movies & TV app by starting playback on a video and then tapping Play in Mini View (the third icon from the right in the lower right corner).

Microsoft Edge also has a picture-in-picture option, at least for YouTube: You’ll get a pop-up menu featuring Picture in Picture if you right-click twice on a video that’s playing. The video is docked in the corner and remains on top of other windows as a result of this. Meanwhile, in VLC Media Player, select View and Always on top to keep a video above everything else, then View and Minimal interface to conceal the playing controls—and simply drag the window to where you need it.

On macOS, the situation is similar: You can manually move any movie to the corner of the screen, but there are better ways to accomplish picture-in-picture. Click the picture-in-picture icon with something playing in the main TV app (it’s the one in the bottom right-hand corner). On the right of the navigation control bar in QuickTime, you’ll notice the identical button—two rectangles and an arrow.