How to hide chat on Tiktok Live

TikTok’s dominance in the social media realm is clear these days. Since its launch, the short video-sharing app has accumulated hundreds of millions of users worldwide (689 million as of January 2021) and has affected the content strategy of practically every other social media app. 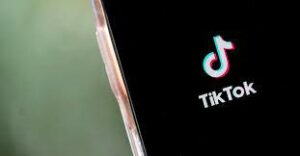 Although TikTok has affected a number of other prominent social media applications in various ways, it has also influenced its older peers. TikTok was notable for allowing content producers to live-stream themselves within the app. Of course, this has resulted in some incredible material, but several features of the app’s live interface leave much to be desired.

If you want to get rid of the stream of comments that show beneath your live video, there’s a way to do so. Continue reading to learn how to hide comments underneath a TikTok Live video.

In certain live broadcasts, the creators want their viewers to be able to remark and connect with them. But it’s understandable if it isn’t you! Sometimes you just want to broadcast your live stream without having to deal with an endless flood of other users’ thoughts flowing across the screen.

Thankfully, TikTok has built in some controls that let you to turn the function on and off. The first step is to log into your TikTok account. When you’re on the main screen, press the “+” symbol in the main toolbar.

The in-app camera function appears next. Then, from the bottom menu, hit the Live tab. When the Live menu appears, press “settings,” which should be displayed on the screen’s right-hand side. A slider will appear, and if you turn it off, it will prevent other people from commenting on your live streams at all.

Don’t worry if you want to change it back at any point! The change isn’t permanent, and you can quickly re-enable comments on Live videos by repeating the steps and returning the slider to its previous position.

In comparison to its competitors, TikTok’s new feature provides for a significantly better degree of depth and detail when it comes to live stream settings, demonstrating once again why the prodigy video-sharing app is at the top of the social media game.

There doesn’t appear to be a method to disable the comments that display on the bottom and side of standard TikTok videos that you may view in the main stream. Stay tuned for additional details regarding that capabilities when future upgrades to the app are released.