Instagram has announced that starting from today, the company will begin a new test involving the hiding of Like counts on users’ posts. These experiments first began in 2019. However, this time around, Instagram will not be enabling or disabling this feature for more users. Instead, another new option is being considered. Users will be able to decide what works best for them, whether it is seeing the Like counts on others’ posts, or not. Users will also have the ability to turn off Like counts on their own posts if they want to. Additionally, Facebook, Instagram’s parent company, has confirmed it will begin to test similar experiences on its own social network. 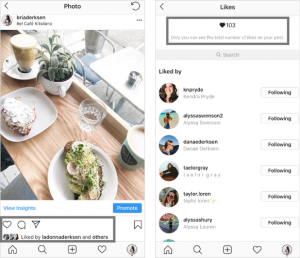 According to a spokesperson from Instagram, tests like these were not much of a priority after the outbreak of the Covid-19 pandemic. as the company began to focus on other, more relevant efforts that were needed to support its community. Now, the company is planning to go back to the feedback it collected from users during the tests and has discovered a wide variety of opinions.

Originally, the idea of hiding Like counts revolved around reducing the anxiety and embarrassment that is often present when posting content on the social network. Essentially, people would stress over whether their post would receive enough Likes to be considered “popular.” This issue was especially prominent among younger users of the social networking platform,  who were very much concerned about what their peers think. In fact, this worry of theirs stretched to such an extent that they would delete posts that did not obtain a significant number of Likes.

Moreover, the removal of Likes helped reduce the herd mentality that is increasingly prevalent on social media and the Internet. People would tend to like things that are already popular, as opposed to judging the content as it is. However, during tests, not everyone agreed with the idea and thought that the removal of Likes was not a change for the better. Some people said they still wanted to see Like counts so they would be able to keep track of what was trending and popular. This concern presented itself, particularly in the influencer community.

To hide your Likes, this new option will be found in the app Settings. This step will prevent you from seeing Likes on other posts while scrolling through your Instagram Feed. As a creator, you will be able to hide Likes on for every post through the three-do menu at the top of your screen. Even if Likes are disabled publicly, creators are still privately able to view Like counts and other viewer activity through analytics.