How to mine Bitcoin

Over the course of the past few years, mining Bitcoin has become much more difficult. During the initial stages of cryptocurrency, anyone with a laptop would have been able to mine new coins, and they even received a reward of 50 BTC after verifying a new block of transitions. This was done by solving complex mathematical problems.

However, these days, the process has become complicated. Every few years, these block rewards are halved, and the number of Bitcoins that enter circulation has fallen to 6.23 BTC per block. Despite this, Bitcoin transactions still require to be validated. This means that transaction fees have become a prominent source of their income.

The blockchain consists of several Bitcoin transaction records, all the way back to when the first Bitcoin was mined in 2009. Over several years, a chain of blocks has been formed, which means that transactions of the past have become difficult to edit. In order to adjust transaction-related data, every single block that came after that specific transaction would have to be calculated again, which would use up a large amount of computer data.

One of the most major benefits of a public ledger for the trading of Bitcoins prevents double-spending, which occurs when the same Bitcoin is being used twice simultaneously. This is also prevented by banknotes, due to the physical exchange of money.

During the process of mining Bitcoins, a new block is formed every 10 minutes. This means that Bitcoin miners are always involved in an intense competition to obtain a block award. Mining Bitcoins uses up a large extent of computer power, and the person who has the opportunity to validate the block will have reached the solution to a complex mathematical problem before everyone else in the network.

Solving this question means that a whole new block has been created. The size of this block will be 1MB. Following this, Bitcoin transactions that are yet to be confirmed are accumulated from the mempool. The miner is most likely to prioritise those users of Bitcoin who are willing to pay a substantially high fee in their transaction blocks.

Additionally, this new block will contain something that is commonly referred to as a “coinbase transaction”. Bitcoin users use this to collect the 6.25 BTC reward for all their mining efforts, as well as the transaction fees of every payment that is included in their block. 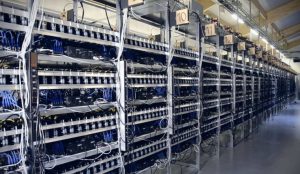 The three main types of Bitcoin mining rigs are ASIC mining, Scrypt mining, and GPU mining. ASIC is an acronym for an application-specific integrated circuit. Devices using this rig are specifically designed with the sole function to mine Bitcoin and other cryptocurrencies. The Scrypt approach to mining requires miners to generate random numbers as quickly as possible and save them in a RAM location. Meanwhile, GPU mining, which is seemingly the most popular method among miners uses graphics cards to mine data from the blockchain. However, note that graphics cards can be extremely expensive and are highly prone to becoming obsolete.