How to photoshop on iPhone

Trying to master Photoshop on an iPhone may appear to be a pointless endeavour. Isn’t Photoshop not accessible on the iPhone? It is and it isn’t, to be sure. It’s a little tricky. 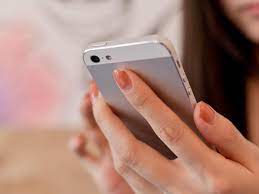 While Adobe just introduced Photoshop for the iPad, which is a full-featured version of the original desktop programme, it is not yet accessible for smartphone users. However, it’s also true that there are three different Photoshop applications, each with its own specialisation – Photoshop Express, Photoshop Mix, and Photoshop Fix.

So let’s explore what each app provides and see which one is best for your workflow. The fact that one (or all) of these Adobe applications are free is an added bonus. Although in-app purchases are available in Photoshop Express, Photoshop Mix, and Photoshop Fix, this does not limit the features offered at launch.

The closest you’ll come to the ‘real’ Photoshop is Photoshop Express. For a mid-level picture edit, Photoshop Express is an excellent all-around image editing tool. It has many of the same tools that Photoshop users are used to, but the layout is odd and unformulaic, unlike the main version.

The gesture graphics and overall layout on iOS, on the other hand, make it a lot more approachable app than its Android version. Large thumbnails show users how the tools will alter the image in real time before they use them. Selective editing is also available and touches on the same features that Photoshop Fix and Photoshop Mix both offer but merges them in one place.

Photoshop Mix is designed specifically for users who wish to combine images and create composite artwork using cutting and blending layers as well as applying effects. It has a simple interface with basic options for refining selections, changing brightness, changing colour, and cropping your photos.

Photoshop Mix is fantastic for rapid layer processing on the move, but for more detailed work, users can upload their work straight to Photoshop via the app, where more intricate masks can be created using precise tools like the Pen tool. The text tool has a large selection of fonts as well as the option to customise colour, size, style, fill, and alignment.

Photoshop Fix is primarily a retouching tool that allows users to remove undesirable imperfections from any image, however its face recognition algorithms make it particularly good at portrait retouching. It offers a well-organized set of picture editing tools, such as Exposure, Contrast, Clarity, and Saturation, but it focuses on selective brush adjustments.

Brush characteristics such as brush size, hardness, and opacity may all be adjusted using easy movements, and a coloured overlay can be toggled on/off during editing. It’s difficult to obtain surgical accuracy with the finger, as it is with Mix, but zooming in on the subject helps immensely.