How to record WhatsApp calls 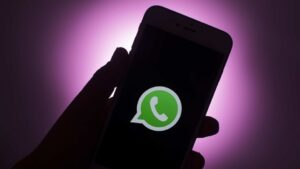 Use a different device to record WhatsApp audio calls

There is an easy method to accomplish this. Put your phone on speaker and use another device to record the WhatsApp call. If your second phone doesn’t have a recorder, you’ll need to get a third-party app from the Play Store. The “Voice Recorder” app is available for download.

You may download the Otter.ai app on your laptop or any secondary device if you don’t want to miss out on anything and even want to take notes. This software provides real-time automated transcribing. Simply tap the “record” button after receiving a call, and the app will begin recording the voice chat. The nicest aspect is that you can listen to a tape while having the audio synchronised with the transcribed text. To put it another way, you’ll get a voice call recording as well as a written version of it. Please keep in mind that the app is only available in English.

There are a number of call recording applications available on the Google Play Store if you wish to record casual WhatsApp calls. Some of them function, while others don’t. We tested a few and discovered that “Record WhatsApp calls” is one of the best WhatsApp call recording apps available on the Play Store. It features a basic user interface and does the job with little effort on your part. Your WhatsApp calls are automatically recorded by the app, and the audio recordings may be saved to Google Drive. You may install a fingerprint or pin lock on the recordings so that only you have access to them.

Recording WhatsApp Calls through a Mac

WhatsApp users on Apple iOS may now record calls. You’ll need a Mac to complete this task. Connect your Apple iPhone to your Mac via the lightning cord if you have one. You’ll get a window asking you to trust the machine. Yes should be selected.

If this is your first time connecting the phone to a Mac, you’ll need to select the quick time option. This will open a new audio recording option in the file area of this page. Select the Record option. After finishing the process, press the Quicktime Record button and dial a WhatsApp number. When the call is connected, click the user icon to add the user. As soon as your call is received, the recording will begin.